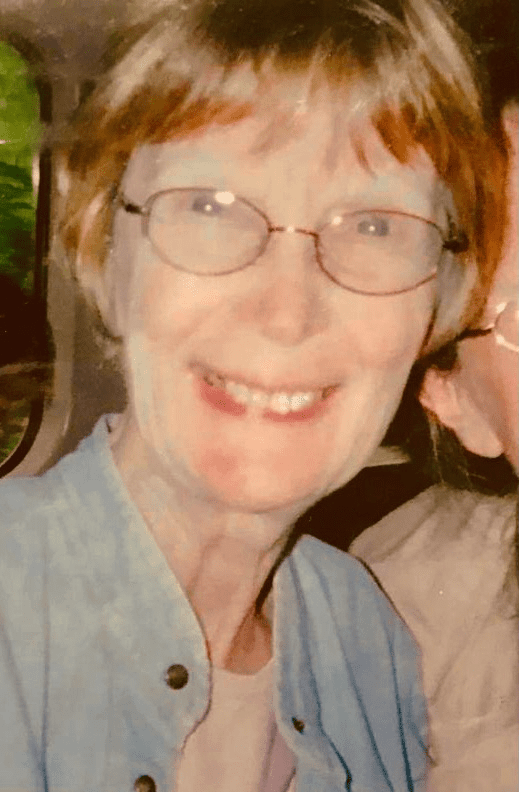 No immediate memorial service is planned because of the pandemic. Please consider memorial donations to your local animal shelter.

Barbara Louise Dier, 84, died in her sleep in the early hours of Jan. 3, 2021. At the time of her death, Barbara was recovering from hip surgery at the ThedaCare Regional Medical Center in Appleton, Wisconsin.

Barbara was born in Minneapolis, Minnesota on Aug. 15, 1936. She grew up in Minneapolis, Detroit Lakes (Minnesota) and graduated from International Falls (Minnesota) High School in 1954. On Aug. 21 of that year, Barbara married her sweetheart, Richard Dier. After her hockey-playing husband became a charter member of the Green Bay Bobcats, they moved to Green Bay, Wisconsin in 1958. There they raised their three sons, Roger, Patrick and Paul. Barbara took motherhood and education seriously and her sons are grateful that she did.

Barbara enjoyed playing bridge and Rummy 500, quilting, growing flowers, reading novels, sitting in her gazebo (built by the late Don Kelsey) and fishing with her family on Turtle Lake near Mine Centre, Ontario. Barb identified with President John F. Kennedy and the Joni Mitchell song, “Both Sides, Now.” In her later years, she often traveled to the Pacific Northwest to visit her sisters and welcomed visits from her brother, Richard, and Helen, his wife. All were precious events. In 2004, Barbara journeyed to Norway with her sister, Diane, to experience their heritage with their Norwegian family.

When she was a young girl, Barbara fell in love with books and she passed her love of reading onto her sons. She went back to school in her fourth decade and in 1987, 50-year-old Barbara earned a BS degree in Education from the University of Wisconsin-Green Bay. She was very proud that her sons earned university degrees. Barbara taught Kindergarten for several years at Our Saviour Lutheran Church in Green Bay and later tutored individual students. She was, according to parents of her students, an exemplary teacher.

Wichmann Funeral Home and Crematory of Appleton is serving the family. No immediate memorial service is planned because of the pandemic. Please consider memorial donations to your local animal shelter.

No immediate memorial service is planned because of the pandemic. Please consider memorial donations to your local animal shelter.