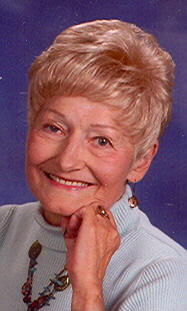 Barbara J. Gilbertson, age 66, formerly of Kimberly and Beloit, passed away Friday, January 20, 2012 at the home of her daughter after a long battle with cancer. Barbara was born September 18, 1945 in Lacrosse to the late Bernard and Doris Kroll. She graduated from Beloit Memorial High School in 1963. On March 19, 1966, Barbara married Lawrence G. Gilbertson in Beloit. The couple later moved to Kimberly. When her children were nearly grown Barbara returned to school at Fox Valley Technical College and graduated as a Registered Nurse in 1990, working for various nursing homes in the Fox Valley area and later on in Beloit. Barbara was very good at ceramics and other crafts and she enjoyed spending time with her children and grandchildren. Before passing away, she spent time helping out with the charter school in Shiocton.

The funeral service will be at 4 p.m. on Thursday, January 26, 2012 at GOOD SHEPHERD LUTHERAN CHURCH, 2220 E College Ave, Appleton, with Reverend Martin E. Koeller officiating. Friends will be received at the church on Thursday from 3 p.m. until the time of the service. Burial will be in the Town of Bovina Cemetery.

The family extends a special thank you to Dr. Shekhani, the staff at Mercy Hospital in Janesville and to ThedaCare At Home Hospice for their loving care of their mother.