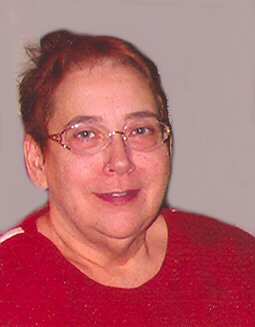 Barb was born February 9, 1950, in Appleton, the daughter of Walter and Cecilia (White) DeDecker. She graduated from Appleton West High School. On November 7, 1970, Barb was united in marriage to James ‚ÄúJim‚Äù Fuerst, at St. Therese Catholic Church, and together they were blessed with three children, Steve, Michael, and Tammy. She was a terrific mother, and enjoyed her flowers, shopping, and her dogs, Molly, Winnie, and Katie.

Barb is survived by her husband, Jim; her children, Steve Fuerst; Michael (Danielle) Fuerst, and their daughter, Enya, and their expectant twin daughter and son; and Tammy (William) Woulf, all of Appleton; her sisters and brothers, Myrna (Marvin) Griesbach, Appleton, Thomas DeDecker, Menasha, Michael DeDecker, Ohio, and Sue (Ned) Wittman, Kimberly. She was preceded in death by her parents, her brother, Joseph, and infant sister, Carolyn.

The funeral mass will be celebrated at 11:00 a.m. Tuesday, August 14, 2007, at ST. MARY CATHOLIC CHURCH, 312 South State Street, with Fr. Michael O‚ÄôRourke as celebrant. Visitation will begin at 9:00 a.m. Tuesday until the time of mass directly at the church. She will be laid to rest in Appleton Highland Memorial Park. A memorial fund is being established in Barb‚Äôs name.

The family would like to express their thanks and appreciation to Dr. Mark Hermans and the staff of Theda Care at Home Hospice for their care given to Barb.