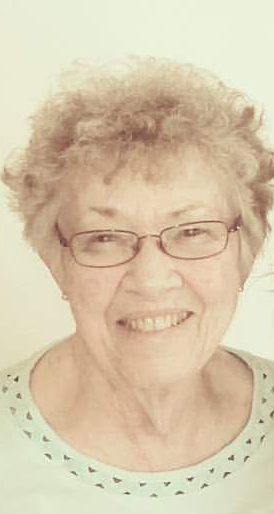 Barbara J. Champeau, age 84, of Appleton, passed away due to an unexpected and sudden illness on Saturday, January 6, 2018 surrounded by her family. She was born on June 22, 1933 to the late Henry and Irma (Palm) Staedt in Appleton. Barbara graduated from Appleton High School. Shortly after graduation she worked as a dental assistant for several years. Once her children started school Barbara kept herself extremely busy working as a house wife and being known as the local Avon lady.

Barbara was united in marriage to Edward “Ed” J. Champeau on March 12, 1955 at Zion Lutheran Church in Appleton. Together they were blessed with their two children, Chris and Carrie. Barbara and Ed celebrated their 50th wedding anniversary in 2005 before his passing on January 7, 2007.

Barbara had a beautiful singing voice and a passion for singing; she especially took pleasure in taking voice lessons. She was an active participant in the choir at Prince of Peace Lutheran Church, Bible studies and she regularly visited Oakridge Gardens to assist in services for their churches shut-ins. She enjoyed puzzles, gardening, birdwatching and in earlier years golfing with family. She always looked forward to coffee and lunch with her friends. Above all Barbara cherished the time she spent with her family; especially her grandchildren and great-grandchildren who were the joy of her life.

In addition to her parents Barbara was preceded in death by her husband, Ed; her in-laws, Gordon (Dorothy); her father’s second wife, Caroline; her brother, Thomas and sister-in-law, Shirley.

The Funeral Service will be held on Wednesday, January 10, 2018 at 11:00 a.m. at PRINCE OF PEACE LUTHERAN CHURCH, 2330 East Calumet Street in Appleton. Visitation will be held Wednesday at church starting at 9:30 a.m. until the time of the service at 11:00 a.m. with Pastor Roger McQuistion officiating. Barbara will be laid to rest with her husband at Highland Memorial Park Cemetery in Appleton. In lieu of flowers, a memorial fund has been established in Barbara’s name. Online condolences can be shared at www.wichmannfargo.com.