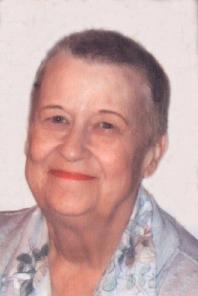 Barb Kons, of Combined Locks, died at her home with her family at her side on Saturday, May 26, 2007. She was sixty two years young when she passed away due to lung and liver cancer. Barb was born in Appleton, Wisconsin on September 27, 1944 to the late Robert and Esther (Schwarz) Koehnke.

On June 27, 1962 at St. John‚Äôs Church in Little Chute, Barbara married the love of her life, Ronald Kons. No matter what obstacles laid in their path, love prevailed. During their forty five years of marriage, they‚Äôve defined the definition of love: ‚ÄúIt‚Äôs when the joy of giving and receiving becomes so habit-forming, you no longer realize the difference.‚Äù In their own way, the family knows if love alone could have saved her, Barb would be here today. Sometimes their outward signs of affection were observed by others who would say, ‚Äúwhy don‚Äôt you guys get a room?‚Äù Some would even say Ron and Barb were more like lovers than husband and wife. They always believed they were one in the same. Among other things Barbara taught Ron how to shoot pool and play cribbage. And he has done quite well playing against others. Then one day he decided to challenge her to a game. That‚Äôs when he found out she taught him everything he knows, but, not everything she knows!

Barb was preceded in death by an infant daughter: Tina Lyne; her parents: Robert and Esther Koehnke; a sister: Judy Van De Voort ; and her brother: Jim Koehnke; her husband‚Äôs parents: Arthur and Harriet Kons; his brothers: Art (Bernadette) Kons, Jr., and Red Kons and a special sister-in-law: Tess Cochran.

The memorial service for Barb will be held at 5:00 pm on Tuesday, May 29, 2007 at JANSEN FARGO FUNERAL HOME with Pastor Tom Fritz officiating. Interment will take place at St. Paul Cemetery, Combined Locks. Friends may call at the funeral home on Tuesday from 2:00 ‚Äì 5:00 pm. A memorial fund has been established.

Mom: When I can get a direct line up to heaven, I‚Äôll be calling you. Thank you for being my mom.
Love Always,
Jackie

Mom: Your traits, I despised as a youth, are now a part of my character for which I thank you. If it weren‚Äôt for you I wouldn‚Äôt be the strong, stubborn and caring person that I am today. THANKS!
Love Always,
Scott

Barb and her family thank everyone at the Martha Siekman Cancer Center, who were always there to welcome us with a smile and the ThedaCare at Home Hospice for their love, care giving and affection during her time of need. A special thanks to the Breakfast Club.

Also, thanks to the many who had shown their love and concern through deeds and prayer. We truly were blessed.