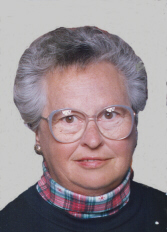 Age 71, passed away at her home, surrounded by her loving family on Thursday, July 28, 2005. Barbara was born December 1, 1933 in Iowa, daughter of the late Theron and Mae (Shelton) Cochran. As a young woman, she excelled in basketball, and enjoyed sporting events of all kinds. Barbara and John McNiel had been lifelong friends and high school sweethearts, but after graduation, Barbara‚Äôs job search took her to Colorado. Of course, John was not far behind, and she and John married shortly thereafter on January 30, 1954. The couple moved about over the years, and Barbara worked at a variety of jobs during that time. Barbara always enjoyed golf and was an excellent cook. Her most treasured times were those spent with her loving family. She leaves behind a legacy of a courageous and strong, yet gracious and kind woman. For these traits she will be forever remembered.

Barbara was preceded in death by her parents, an infant sister, and by siblings Harold Cochran, Bruce (Margaret) Cochran, Margaret Pearson, and Dwight Cochran.

A memorial service will be held at 11:30 am on Sunday, July 31, 2005 at the funeral home chapel, with Chaplain Jordan Kuczwara officiating. Relatives and friends will be received in the funeral home‚Äôs Community Room following the memorial service. In lieu of flowers, the family has suggested that memorial contributions be directed to ThedaCare At Home Hospice or the American Diabetes Association.