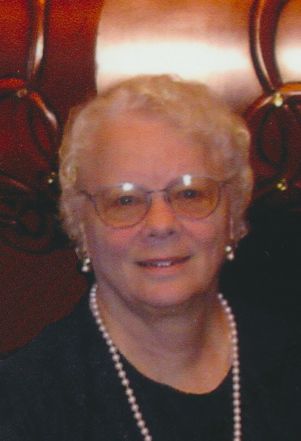 Barbara J. “Boots” Precourt, 81, passed away on Wednesday, June 17, 2015 at home. Boots was born on November 24, 1933 to William and Ethel (Dekeyser) Maes in Green Bay. On November 27, 1954 she was united in marriage to Lewis Precourt in Appleton. She and Lew spent several years in Iowa before moving to Neenah in 1961. She was very involved with the Red Cross and ran the Appleton swim instruction program for over 40 years. She also taught CPR, First Aid and the swim instructor and lifeguard training programs. Boots was very active in her community and volunteered for many organizations, including the Thompson Center, the Boys and Girls Brigade and Faculty Wives. She enjoyed bowling and was on the Fox Valley Association Board. Boots was an avid Packer fan and had season tickets since 1961 and also supported Neenah Rockets sports. She loved to travel and take cruises including an Alaskan cruise and Caribbean Cruises. Boots and Lew spent time at their cottage in Shawano all year round and that time was always cherished.
Boots is survived by her two children Terry (Kim) Precourt of Neenah, Debbie (Tony) Scaffidi of Richfield, a sister Shirley “Sis” Kohl, several half-sisters, nieces, nephews, other relatives and friends.
The funeral service for Boots will be held on Saturday, June 20, 2015 at 4:00 PM at the WICHMANN FUNERAL HOME. A time of visitation will be held on Saturday from 2:00 PM until the time of the service at the funeral home. Online condolences may be expressed at www.wichmannfargo.com. Donations may be made to the Boys and Girls Brigade in Neenah or the Thompson Community Center.