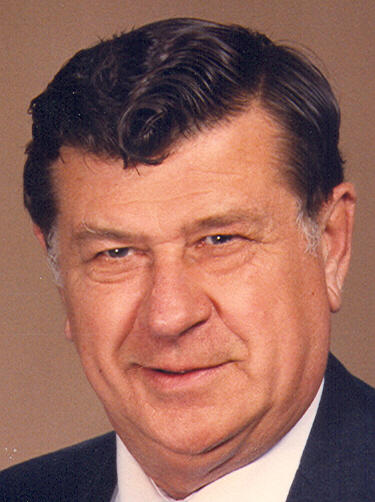 Bob Masse, a devoted husband, father and grandfather, died unexpectedly from a pulmonary embolism on April 4, 2008, at Appleton Medical Center. Bob was born in Jewitt City, Connecticut on June 17, 1928. He was the ninth of ten children. His father died when he was three years old. His mother and siblings joined together to contribute to the family household under difficult circumstances.

At age 18, Bob joined the U.S. Navy. After serving for 2 years he attended Bentley School of Finance and Accounting in Boston. During this time he met the love of his life, Ruth, on a blind date. The rest is history. Bob and Ruth were married on June 12, 1951. They moved to Willimantic, Connecticut and began their wonderful life together. It was there that their first six children were born. Bob worked for Prudential Insurance as a sales agent.

The family moved to Wisconsin in 1959 when Bob joined the H.C. Prange Co. Four more children were born. Appleton became their new home. Bob began his career at the H.C. Prange Co. as an Operations Manager. He worked 30 years with the company managing stores in Oshkosh, Fond du Lac, and Appleton. He also served as Vice President of the company. Bob was very involved in the Appleton community. He was an active member of St. Mary's Catholic Church. He was a Rotary member, and served as a board member and volunteered at St. Elizabeth Hospital. Some of Bob's favorite activities included golf, bridge, scrabble, Bible study, poker club, winters in Arizona and New Mexico, and spending time with family and friends.

Bob was most proud of his marriage of fifty-six years to Ruth. She truly was the love of his life. Bob was an exceptional role model for his ten children and his twenty-nine grandchildren. His optimism was an inspiration to all. His thoughtful, loving, and compassionate manner will not be forgotten. His qualities will live on in our hearts. He often referred to his life and said he was truly blessed. His loved ones were truly blessed with a most extraordinary man.

A funeral liturgy for Bob will be held on Wednesday, April 9, 2008, at 11:30 a.m. at ST. MARY'S CATHOLIC CHURCH, 312 State Street, Appleton, with Father O'Rourke officiating. Friends may call at the church from 9:30 a.m. until the time of service.

In lieu of flowers, donations may be sent to St. Mary's Catholic Church or a charity of your choice in Bob's name.