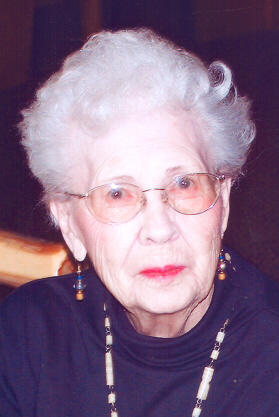 Augusta B. Blum, age 99, passed away at Waupaca Elder Care on Wednesday, November 3, 2010. She was born on October 9, 1911 in Greenville, WI, daughter of the late Gustav and Alta Bethke. Augusta graduated from Appleton High School in 1929 and from Lawrence College in 1933. She married William Blum in 1935, who preceded her in death on January 1, 1998. Formerly from Appleton, Augusta and William resided in Rural and in retirement they spent many years in Sun City. They enjoyed world travel and flying trips as he was a pilot. She worked in the stenographic department at Kimberly Clark, Neenah, WI, and later became her husband‚Äôs secretary. Augusta was active in PTA, Girl Scouts, school activities, Appleton Lion‚Äôs Club Auxiliary, Monday Night Book Club, various church organizations, Sorority and Gorgonas Club of Rural. She was a member of Parfreyville United Methodist Church, Waupaca, WI.

The memorial service will be at 2:00 p.m. on Saturday, November 6, 2010, at PARFREYVILLE UNITED METHODIST CHURCH, N1979 County Road K, Waupaca, WI. Friends will be received at the church on Saturday from 12:00 p.m. until the time of the service.

In lieu of flowers, a memorial fund in Augusta‚Äôs name is being established for Parfreyville United Methodist Church.