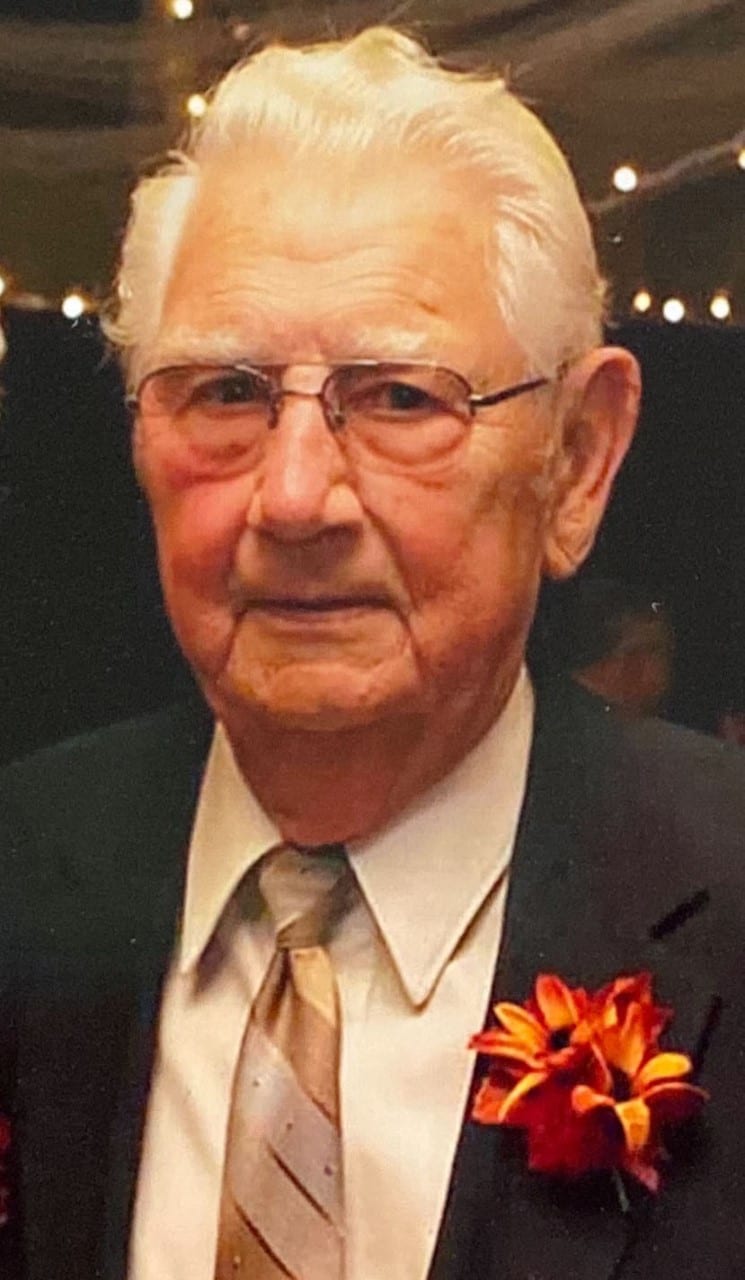 Due to current circumstances, private services will be held.

AJ graduated from Wrightstown Highschool in 1945, at the age of 17 joined the US Navy and served on the aircraft carrier USS Sitkoh Bay. After the war he worked at Kraut Kramers where he learned to work on cars. His entire life he could fix anything. He would eventually find his final job at Kurz & Root where he would say, “it felt like he never worked a day in his life” and remained until his retirement. He loved to bowl, fish and for many years did the hunt with brother in laws, sons, son in law and many nephews up at camp. Oh, the stories that could be told! One of his recent favorite things was in 2011 when he went on an all Navy Honor flight to Washington D.C, it was a highlight of his life!

August married Marie Wyngard on September 29th, 1951 at Holy Name Church in Kimberly and were blessed with 69 years of marriage. Together they had 5 children.

He was a man of great humor, known for his one liners. One he would always asked the kids was “When was the war of 1812?”, another was “Don’t blame me, blame the guy behind the tree!”. He loved his family and many loved him.

On the day he left us he said, “You know Ma, we had a good run!” he was surrounded by his family and was able to say goodbye.

Due to Covid there be a private service for immediate family only. A celebration of life to be determined at a later date. Jansen-Fargo Funeral Home of Kimberly is serving the family. Form more information and to express condolences, please visit www.wichmannfuneralhomes.com.

Due to current circumstances, private services will be held.