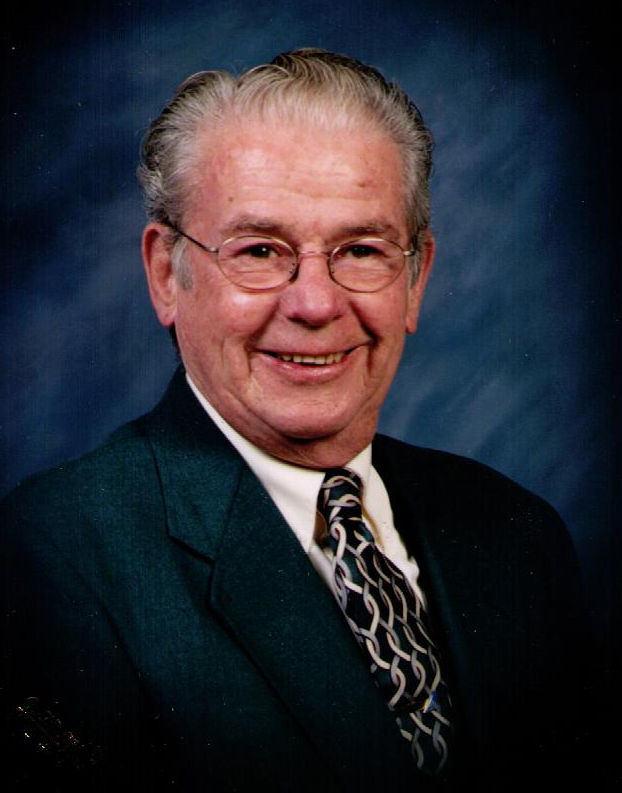 Son of railroad man Daniel Sr. and Florence (Campbell) Burns, he was born on August 12, 1926 in Kaukauna, the fourth of six children. When the Depression struck, Dan's family moved out to the farm in Askeaton where the city boy became a country boy and met many of his lifelong friends. Soon after, he received the calling to the priesthood and left for St. Nazianz Seminary where he learned Latin, Greek and German among other things. At age 14, while at the seminary, he lost his mother and a short time later the family moved back to town.

As Word War II started and his brothers and friends went off to war, Dan again heard a call, this time to serve. The required high school diploma wasn't available at the seminary so he transferred to Kaukauna High School. After receiving his diploma, he joined the Army Air Corps. and became a plane mechanic working on B17's.

After the war he attended Marquette University and received his Business Administration degree, making many friends along the way. He had to put his plans to attend Marquette University Law School on hold when he was called back into the service during the Korean War. When he got out of the service, he attended University of Wisconsin Law School. It was at Madison that he met his beloved Rose Marie Morrison ‚Äì they married seven years later in 1962 at Immaculate Conception Church in Milwaukee. During those seven years, Dan opened his law practice in Kimberly and purchased and remodeled the former Holy Name priest house on Kimberly Avenue. Once it was finished, he and his bride moved in. They were blessed with two girls and three boys.

As a husband and father, Dan and Rose Marie provided a welcoming home to all ‚Äì inviting friends, relatives and neighbors in for tea or drinks and lively conversation. He had a cottage in Spread Eagle, Wisconsin, where he could get away each summer weekend to enjoy his children, and loved to invite guests to share in the fun. He was a supporter of his children's activities: sports, piano recitals, scouts and anything else they took an interest in. He loved to travel out West with friends and family ‚Äì skiing in the winter and enjoying the Rockies in the summer.

As an attorney, Dan loved the law and all its intricacies and subtleties. He loved to use the law to do good and help others, especially the underdog. He mentored many young lawyers over the years. He really enjoyed his clients, as he was truly interested in them. Many former clients would pop back in to visit years later.

As a man of faith and community, Dan was a devout Catholic and loving counselor. He was an active Knights of Columbus and 4th Degree member and served proudly as Scoutmaster for Boy Scout Troop 44.

A lifelong student, Dan had a love of history and learning. He instilled this passion in his five children, for whom he worked tirelessly and lovingly to send all to college and graduate school. He taught his children that no historical marker was too insignificant to drive by and every winding canyon road should be taken for the adventure.

Anyone who met Dan knew he had the gift of gab long before he kissed the Blarney stone. He loved to talk with anyone he encountered. He enjoyed meeting new people, running into acquaintances at Van Abel's Supper Club or the post office and catching up with old friends. After retiring, Dan moved to St. Paul Villa in Kaukauna where he enjoyed four years filled with familiar faces and warm memories with wonderful friends and staff.

Dan joined the Villa Voices Choir, touring nursing homes in the Valley. Even as a young man Dan had the gift of a beautiful Irish tenor voice. He loved to sing any time anywhere. His most requested song was Danny Boy.

Dan knew that all his achievements were the result of the love, help and support of the people of Kimberly, Kaukauna and Askeaton. The Burns family wishes to thank family, friends and neighbors for all the kindness and support you have shown, especially in the last year. We especially thank the St. Paul Villa and Hospice Staff for the love and care they showed our Dad over the years.

The funeral mass for Dan will be held at 12:00 Noon on Friday, December 7, 2012 at Holy Spirit Parish, 600 E. Kimberly Avenue in Kimberly, with Fr. David Beaudry officiating. Interment will take place at 10:00 AM on Saturday, December 8, 2012 at St. Patrick Catholic Cemetery in Askeaton. Friends may call at the Jansen Fargo Funeral Home in Kimberly on Thursday from 4:00 PM until 8:00 PM, and again at the church on Friday morning from 11:00 AM until the time of the liturgy.