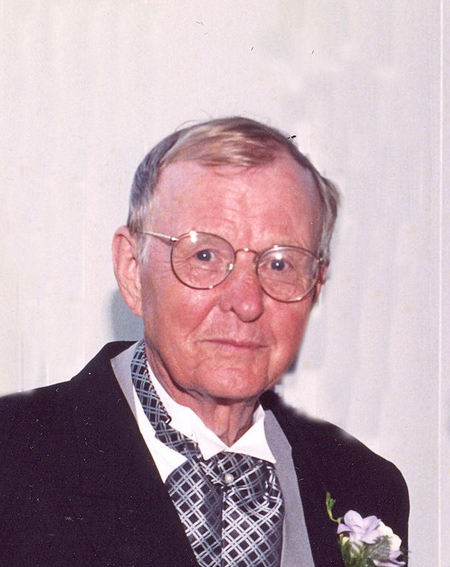 Arthur John Nielsen, age 93, of Appleton, was called home by his Lord on Sunday October 27, 2013. Arthur's amazing life began on September 27, 1920 on a small farm in the Danish settlement of Askov, Minnesota. He was born to the late Lauritz and Dorthea Marie (nee Tobiassen) Nielsen.

He, along with his three brothers, all earned the rank of Eagle Scout. Arthur was the all-city swim champion in St. Paul in 1937-1938. Following his father's untimely death, Arthur and his brothers purchased and operated the Parkside Ice Cream Store to support their family until he was called away to serve his country in World War II. Arthur was a radio operator and technician, flying on a C-47 in the European Theatre. He served in North Africa and Italy. He was stationed at Nottingham in preparation for the D-Day Invasion. On D-Day, his squadron flew paratrooper drops behind the German lines, and ferried gasoline cans to support the ground troops. Arthur moved on to the Battle of the Bulge, and the final occupation of Germany. Civilian life found Arthur completing his education at the University of Minnesota in Dairy Science, and becoming a pioneer in the post-war modernization of the dairy industry. His groundbreaking test for raw milk quality is still used today. On August 16 of 1958, he married the love of his life, Lois Ann Weinfurter. For the next 52 years, they modeled what a faithful, loving marriage should look like while successfully operating their own business in the cheese industry. Arthur was an avid golfer, and won the City Tournament A-Flight in 1971. Following his stroke in March, and after a lifetime of serving others, he graciously and gratefully accepted being served by his family. Arthur's courage, strength of character, love of God, humility and good humor will continue to be an encouragement and inspiration to those who had the privilege of knowing him.

He was preceded in death by his wife, Lois Ann; siblings: Robert and Richard Nielsen and Esther Vose.

A celebration of Arthur's life and homegoing will be held at 10:30 AM on Wednesday, October 30, 2013 at TRINITY LUTHERAN CHURCH (300 Broad St., Menasha) with Rev. Steven Billings officiating. Friends will be received from 4:00 PM to 7:00 PM at the WICHMANN FUNERAL HOME TRI-COUNTY CHAPEL, and again on Wednesday, at church, from 9:30 AM until the time of service. A burial, along with full military honors, will take place at Riverside Cemetery, Appleton at 12:30 PM.