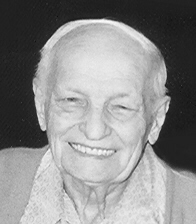 Art Hendricks, age 95, passed away at home on Wednesday morning, March 16, 2011. Art was born in Little Chute on August 27, 1915, son of the late Martin and Gertrude (De Bruin) Hendricks. For many years, he and his wife Martha farmed in the town of Freedom. Martha preceded him in death in March of 1995.

The funeral liturgy for Art will be held at 11:00 AM on Saturday, March 19, 2011 at ST. NICHOLAS CATHOLIC CHURCH in Freedom, with Fr. Dave Hoffman officiating. Burial will follow in the parish cemetery. Friends may call directly at the church on Saturday morning from 9:00 AM until the time of the service.