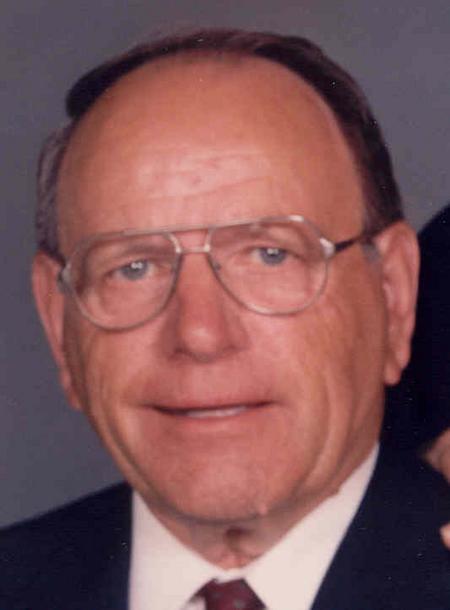 Devoted husband, father and grandfather died peacefully in the arms of his family and went to the Lord on Friday, November 14, 2003 at the age of 80. He was born November 2, 1923 in Appleton, son of the late Arthur and Mary Lindauer. On September 27, 1947, Art married Iris Beyer, his loving wife who supported him through many difficult illnesses. Art and Iris spent 56 years side by side doing everything together They enjoyed eighteen happy years living on Lake Winnebago, enjoying boating, water skiing and swimming with their grandchildren. They later moved to Sherwood where he spent many hours doing woodworking projects for family, friends and his church.

Art worked for Industrial Insulation, retiring in 1986. He served in the Army in Europe during World War II.

He is survived by his wife, Iris Lindauer and two daughters: Cindy (Rich) Platz of New London and Deborah (Michael) Depies of Neenah; four grandchildren: Jessica and Jason Platz, Joel and Benjamin Depies, Art is also survived by his three sisters; Dorothy Sample, Angeline Schuenemann, and Barbara (Arne) Derks; two sisters-in-law, Mildred Eickhoff and Wilma Mader; and one brother-in-law, Robert Beyer, and many nieces and nephews.

Funeral services will be held on Monday, November 17, 2003, at 11:00 am at St. John Ev. Lutheran Church of Woodville, N9125 Military Road, Kaukauna, where he was a faithful member, with Pastor Paul Fanning officiating. Burial will be in Highland Memorial Park in Appleton. Family and friends may call on Sunday, November 16, 2003 from 4:00 pm to 8:00 pm at the funeral home.

The family wishes to express their deepest gratitude to the many dedicated doctors, nurses and staff at St. Elizabeth Hospital who cared deeply and brought him through many illnesses. They also wish to thank the staff at Cherry Meadows who provided a peaceful passing during his final days as well as many neighbors and friends who gave much help and support.
A memorial fund has been established in Art‚Äôs name for St. John‚Äôs Ladies Aid.