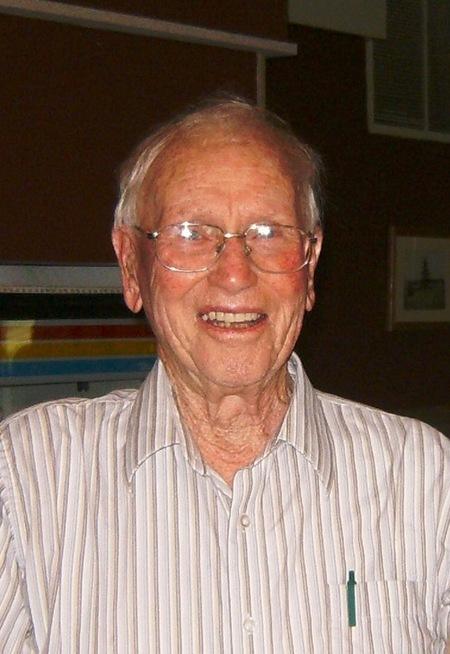 Arthur David Koehne, husband, father and grandfather passed away at the St. Paul Villas of Kaukauna on Friday, December 6, 2013.

He was born and raised in the city of Kaukauna and attended local schools.

In 1972, he was inducted into the Kaukauna Athletic Hall of Fame.

Art was a member of the Wisconsin National Guard 32nd division for 38 years. During 5 of those years, he was on active duty in the New Guinea, Bung Mission Campaign, and World War II as a staff sergeant. He was discharged in September 1945. In 1947, after attending Officers Candidate School at Fort Benning, Georgia, he re-entered the guard as a second lieutenant and eventually rose to the rank of Lt. Colonel. His duties included: command of his former Company D, and he retired from military service in 1978.

Art was employed by the U.S. Postal Service for 34 years and worked in various positions ending as post master and superintendent of mail. He retired in 1978. After retirement, he and his wife, Pearl traveled extensively throughout the US, Europe, and Asia. He was a current and charter member of The Fox Valley Golf Club. In the late 1960's he shot a hole-in-one in Lakewood, Wisconsin at the McCaslin Brook Golf Course.

Art was active in his former parish of St. Mary of the Annunciation serving as athletic director and coached it's basketball team of which he was very fond. He also served on the financial committee of the Parish. He was currently a member of Holy Cross Parish and served on the community meals on wheels program.

Funeral liturgy for Art will be held at 11:00 a.m. on Tuesday, December 10, 2013, at HOLY CROSS CATHOLIC CHURCH, 309 Desnoyer Street, Kaukauna, with Fr. Tom Pomeroy officiating. A time of visitation will be held at church from 9:30 a.m. until the time of service. Art will be laid to rest at Holy Cross Cemetery. In lieu of flowers, a memorial contribution will be made in Art's loving memory. Online condolences may be expressed www.wichmannfargo.com.