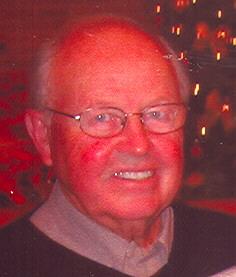 Surrounded by his loving family, Arthur Donald Klemp, age 72, was born to eternal life on early Sunday morning, October 8, 2006. He was born on December 11, 1933, in Aurora, IL to the late Arthur D. Klemp and Irene (Harbison) Klemp. Art‚Äôs early years were spent in Appleton. He attended Northwestern Prep in Watertown, Wisconsin, graduating in 1951. Art attended Northwestern College as well, graduating in 1955. He often remarked how his years at Northwestern provided the foundation for much of his life. It was there that he came to a deeper understanding of his Lord and Savior, formed lifelong friendships, and was shaped by the wisdom and mentorship of his professors. In the summer of 1955 Art accepted a call from Zion Lutheran Church, Crete, IL, to teach grades 5 ‚Äì 8 and to be the school principal. That same summer he married Mildred Rose Defferding, also from Appleton. They lived in Crete for 19 years and during that time were blessed with three children and many life-long friends. In 1961 Art joined an up and coming company named IBM, working out of IBM‚Äôs downtown Chicago office. Art‚Äôs early years at IBM were marked by challenging work assignments and the mentorship of colleagues for whom he had great respect. A sudden heart attack at the age of 39 led Art to re-evaluate whether to remain working in Chicago or seek a transfer. In the summer of 1974 he accepted a position with IBM in Green Bay, Wisconsin. Life had come full circle for Art and Mildred. They were returning to their hometown of Appleton. Art‚Äôs years at IBM Green Bay were a success by any measure. His performance and that of his colleagues were consistently among the best in all of IBM. Many of his colleagues from these years have remained lifelong friends. It was also during these years that Art became an every-day runner. He started running to help his heart condition and continued to run for many years, encouraged by his Green Bay YMCA running buddies. In 1988 Art took an early retirement from IBM and started the final phase of his career at AAL. Over the next several years Art held a number of executive positions. On August 29, 1991, his wife Mildred passed away. In 1992 Art became reacquainted with Diana Medley, a work colleague from his IBM Green Bay days who had moved to Raleigh, NC. They were married in Appleton on December 27, 1992. Art and Diana‚Äôs married life was filled with the normal routine of work, an active social calendar, side-by-side participation in church activities at Mt. Olive, global travel, winters in Texas, ‚Äúlife coaches‚Äù to their children and spouses, and loving grandparents to their eight grandchildren. Art‚Äôs interest also included golf and following the Packers and Badgers. It was also during his years in Appleton that Art developed a special interest in sailing on his beloved sail boat, the ‚ÄúEmily Rose‚Äù. The family will long remember the special times spent on the waters of Lake Winnebago. Art will be profoundly missed by his wife, Diana, and his children: Barb (John) Knapp, Appleton; Doug (Amie) Klemp, Mukwonago; Sandy (Dan) Kools, Appleton; his grandchildren, David Knapp; Emily Knapp; Preston Knapp; Lauren Knapp, Rachel Klemp; and Hannah Klemp. Art is further survived by Diana‚Äôs children, Steve Medley, San Diego, California; Brian (Kristi) Medley and their children Ryan and Ella, Golden, Colorado; Kate Medley, San Diego, California. He is also survived by his sisters Doris (Sam) Lichtenstein, Long Beach, California; Virginia Braun, Appleton; Ethel (Tom) Martin, Combined Locks; Esther (Herb) Lichtenberg, Milwaukee; Edith (Wayne) Tietz, New London; and his brother Jack (Shirley) McDowell, Canton, Illinois. He was preceded in death by his brothers David Klemp and Irvin (Lee) Vice; father and mother-in-law, Donald (Beulah) Zettle; his brother-in-law, Lloyd Braun. Funeral Services will be at 11:00 a.m. on Wednesday, October 11, 2006, at MOUNT OLIVE EV. LUTHERAN CHURCH, 930 East Florida Avenue, Appleton, with Rev. Robert Raasch officiating. Friends may call at the Wichmann Funeral Home, Appleton, on Tuesday from 4:00 p.m. to 8:00 p.m. and again directly at the church on Wednesday from 9:00 a.m. until the time of services. Interment will be in Highland Memorial Park. In lieu of flowers, a memorial has been established.
WICHMANN FUNERAL HOME
537 North Superior Street
Appleton 920-739-1231
www.wichmannfuneralhomes.com

The boundary lines have fallen for me in pleasant places; surely I have a delightful inheritance. Psalm 16:6