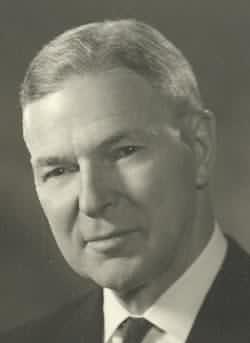 Age 103, died Monday January 20, 2003 at Peabody Manor in Appleton. A well-known physician and surgeon in Appleton for more than 40 years, Arthur was born on August 31, 1899, in Sioux City, Iowa, son of the late Henry and Rose (Schuster) Taylor. After serving as an Army officer in World War 1, he graduated in 1921 from the University of Wisconsin Madison with a degree in Commerce, later completing, his first two years of medical school there in 1925. Arthur transferred to Harvard Medical School, where he received his MD degree in 1927 and interned at Peter Bent Brigham Hospital (now Brigham and Women's), serving as House Officer from l927-29. He then joined the faculty of the University of Wisconsin Medical School, teaching surgery and anatomy for five years at Wisconsin General Hospital (now University Hospital). In 1932 Dr. Taylor was selected for a one-year surgery exchange program in Basel, Switzerland, at the Burgerspital. In 1935 he established his private practice in Washburn, Wisconsin, where he also maintained the local hospital and found time to enjoy his love of nature in bird watching, hunting, and fishing. He moved to Appleton in 1941, practicing general medicine and surgery until his retirement in 1982.

Arthur married Edith Black on July 24, 1924; she preceded him in death on December 13, 1973. On February 15, 1975, he married Verndyne Voss Stelow, who preceded him in death on May 24, 1999. Arthur served on the medical staffs of St. Elizabeth Hospital and Theda Clark Regional Medical Center, and was on the courtesy staff at Kaukauna Community and Ripon hospitals. A founding staff member of Appleton Memorial Hospital (now Appleton Medical Center), he served as its Chief of Staff in 1960. He was a Fellow of the American College of Surgeons and served as an Examiner from 1944 to 1949. Dr. Taylor was a member of the Wisconsin Surgical Society, the American Medical Association, and the Medical Society of Wisconsin, and served the Outagamie County Medical Association in several offices, including President. Arthur was active in Kiwanis International, the Waverly Lodge of Free and Accepted Masons, and Appleton's First Congregational United Church of Christ. He was also a member of the United Commercial Travelers, AARP, and NRTA.

A memorial service will be held on Saturday, February 1, 2003 at 2:00 p.m. at the FIRST CONGREGATIONAI, UNITED CHURCH of CHRIST, 724 East South River Street, Appleton, with the Rev. John T. McFadden officiating. Interment will be in Logan Park Cemetery, Sioux City, Iowa. Friends will be received at the church for one hour prior to the service. Memorial contributions may be made to Peabody Manor, the Appleton Medical Center, and the First Congregational United Church of Christ.