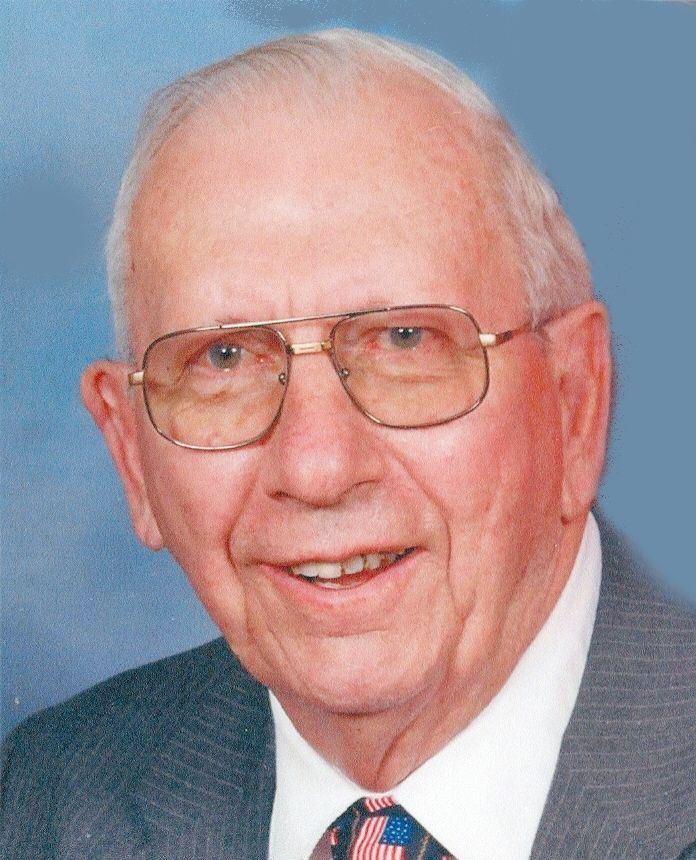 Art Gandt was born in the Gillett Hospital on June 26, 1923, son of the late Otto and Bertha (Kasten) Gandt. He loved to remind people that the building is still standing to this day.

Many will remember Art for his longtime career as a funeral director. He started as an apprentice at the Kuehl Funeral Home in Gillett, and after obtaining his funeral director's license, he practiced in Merrill for four years. He then purchased and operated Fargo Funeral Home in Kaukauna, and retired in 1987 after four decades of compassionate service to bereaved families.

He was a longtime and faithful member of Bethany Lutheran Church in Kaukauna, and was also a member of American Legion Post 41 and Electric City Post 3119 of the VFW, where he had served as commander of both organizations for two terms. During World War II, he served in the United States Navy from 1943 until 1946.

Art is survived by his daughter: Tammie (Kevin) Schwantes; his son: Scott Gandt; his granddaughter: Kathryn (Mike) Wegner and their children Kylie and Jakeinth; a brother-in-law: Clayton Smith of Gillett; and a sister-in-law: Nancy Smith of Gillett. His beloved nieces and nephews are Louise, Jeanne, Mary, Jim, Jon, Randy, Wendy, Robin, Kevin, and Darrell. He was preceded in death by his parents, his wife Jean in 2007, and a son Allen Gandt.

A memorial service for Art will be held at 1:30 PM on Friday, September 5, 2014 at FARGO FUNERAL HOME, 400 W. Wisconsin Avenue in Kaukauna, with Rev. Levi Willms officiating. Inurnment will take place at a later date at St. John's Lutheran Cemetery in Gillett. Friends may call at the funeral home on Friday from 12:00 Noon until the time of the service. Full military honors will follow the memorial.

Online condolences may be offered at www.wichmannfargo.com.