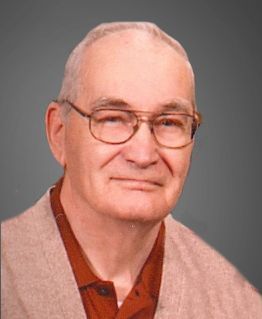 Art Avery's earthly journey ended when he passed away peacefully in his sleep on Sunday morning, January 22, 2017, at the age of 86. Art was born in Chicago on January 29, 1930, son of the late Carl and Irene (Ryberg) Avery. As a young man, Art served one tour of duty in the United States Army, and another in the Air Force. It was during his military service that he married the love of his life, Nadine Swanson, on October 6, 1951 in Red Wing, Minnesota. For most of Art's working life he was employed by Texaco, and later by Green Bay Metro Transit. Art loved fishing, hunting, and most other outdoor activities. Time spent with family and friends was most important to him. He was a longtime and faithful member of Christ the King Lutheran Church in Combined Locks where he was an eager participant in Bible study as well as various other church ministries.

The funeral service for Art will be held at 11:00 AM on Friday, January 27, 2017 at CHRIST THE KING LUTHERAN CHURCH, 601 S. Washington Street in Combined Locks, with Rev. Nate Gauerke officiating. Full military honors will follow the service. Interment will take place at a later date at Oakwood Cemetery in Red Wing, Minnesota. Family and friends are invited to gather at the church on Friday morning from 9:00 AM until the time of the service. For more information or to share a memory of Art, please visit www.wichmannfargo.com.