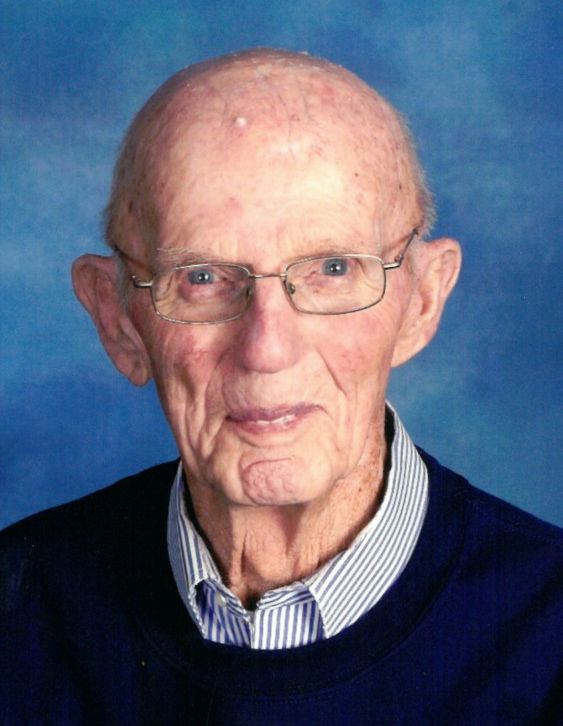 Arnold (known by all who loved him as simply “Arnie”) passed away peacefully on Wednesday afternoon, December 11, 2019. Arnie was born in Green Bay on May 19, 1926, son of the late Anton and Caroline (Babiash) Vanden Boomen. After his junior year of high school in 1945, Arnie was drafted into the United States Army Air Corps and served for two years in Korea. He was discharged late in 1946 with the rank of Sergeant. On October 2, 1948, he was united in marriage to Joanne Williquette; she preceded him in death in February of 2006.

Arnie will be remembered by all for his ownership of Appleton Vault Works. For decades, Arnie served countless area families by laying their loved ones to rest with dignity and loving hands. Arnie was also a member and past president of the Northside Business Association, a member and past president of the Wisconsin Burial Vault Association, and served on the Appleton City Advisory Committee. He was a longtime and faithful member of St. Joseph Catholic Church in Appleton, and most recently was a frequent assistant for funeral masses. In his younger years, he was involved with the Boy Scouts at both St. Therese and St. Pius parishes in Appleton.

The St. Francis Xavier Catholic School System had no greater supporter than Arnie Vanden Boomen. He was the founder and first president of the Xavier Booster Club. In 1976 and 2017 he was presented with the Xavier Booster Club Red Smith Service Award, and in 2016 not only received his high school diploma, but was also given Xavier’s Honorary Alumni Award. Arnie rarely missed a sporting event. He was always in the crowd, proudly wearing school colors, and cheering on the Hawks. He will be missed there, but his vacant seat in the bleachers will forever bring fond memories to his countless Xavier friends.

The funeral liturgy for Arnie will be held at 10:30 AM on Saturday, December 21, 2019, at St. Joseph Catholic Church, located at 410 W. Lawrence Street in Appleton. Fr. Jim Leary, OFM Cap. will officiate, and Arnie will be laid to rest next to Joanne at Riverside Cemetery in Appleton. Family and friends are invited to gather at the Wichmann Funeral Home Tri-County Chapel, located at 1592 Oneida Street in Menasha on Friday, December 20, 2019, from 3:00 PM until 7:00 PM and again Saturday at the church from 9:30 AM until the time of the mass. There will be a parish prayer and scripture service Friday evening at the funeral home at 7:00 PM.

It was Arnie’s wish that there be no flowers. Rather, memorials may be directed to St. Joseph Catholic Church, St. Joseph Food Program, or the Arnie Vanden Boomen Scholarship Fund at Xavier High School.

The family would like to extend their sincere thanks to everyone at Prairie Home Elder Service in Menasha, especially to Mike and Tanya, for the special attention they devoted to Arnie’s care. We will never forget your kindness.

Arnie also wished to thank Dan Densow, Luke Densow, and the entire staff at Wichmann Funeral Homes. He was grateful to have shared a wonderful relationship with them for so many years.