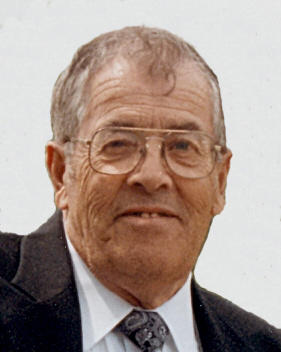 Arnold H. “Arnie” Lamers, age 86, passed away on Wednesday, August 22, 2012, at Wisconsin Veterans Home in King. He was born on July 10, 1926, in Combined Locks, the son of the late Arnold and Petronella (Schoppema) Lamers. Arnie proudly served our country in the US Army Air Corps. and the National Guard between the years of 1945 until 1948. He married Theresa Skrobel in October of 1958. He worked for the Village of Little Chute Parks Department from 1965 until 1975. He later worked for Army Corp Engineers in Kaukauna and Souix Saint Marie, MI. Arnie was a member of the American Legion and the VFW. He loved hunting and fishing. Arnie was an all-around handyman, he liked to help people out, and spending time with his family.

Memorial service for Arnie will be held at 6:00 p.m. On Monday, August 27, 2012, at Jansen-Fargo Funeral Home, 204 East Kimberly Ave, Kimberly, with Deacon Bud Klister officiating. Friends and family may call at the funeral home on Monday from 4:00 p.m. until the time of service.

The family of Arnie would like to thank the Wisconsin Veterans Home, specifically the staff on the third Floor Ainsworth Hall, for all their wonderful care, comfort, and support they gave Arnie during his stay. Your kindness will never be forgotten.