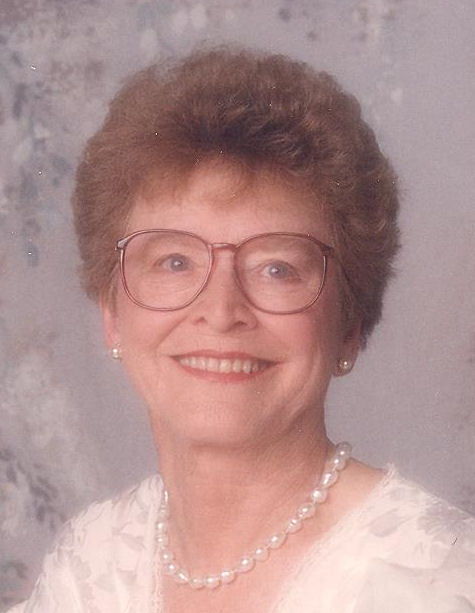 Arline (Bosser) Geenen Strohm, age 96, passed away at St. Leonard Franciscan Living Community in Ohio on Saturday, May 14, 2016. Arline was born January 19, 1920, daughter of the late Robert and Clara Bosser. She was a graduate of Appleton High School, and also attended vocational school. Arline was employed by Badger Northland in Kaukauna for twenty five years. For over fifty years, Arline was married to John W. Geenen, who preceded her in death in 2000. Later, she married James Strohm, who also preceded her in death. Arline will be remembered as a talented seamstress, marvelous cook, and all-around homemaker.

Arline was preceded in death by her parents, her husbands John and James, sons-in-law: Jack Lamers, Ed Florek, and John Mader; and a great-grandson John Turner.

A memorial funeral liturgy for Arline will be held at 11:00 AM on Saturday, June 11, 2016 at HOLY SPIRIT PARISH, 600 E. Kimberly Avenue in Kimberly, with Fr. Robert Kollath officiating. Inurnment will follow in the parish cemetery. Family and friends are invited to gather at the church on Saturday morning from 9:00 AM until the hour of the service. The family has asked that memorial contributions be directed to the ALS Association.

For more information, or to share a memory of Arline, please visit www.wichmannfargo.com.

The children would like to extend their special thanks to their dear sister Judy, who cared for Arline while in Ohio. All are forever grateful for her loving hands and tender heart in mom's last years.