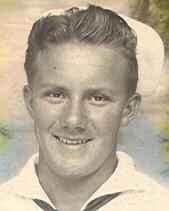 Arlin A. Tiede, age 81, went to his glorious Heavenly Home on Wednesday, September 26, 2007, at St. Paul Home, Kaukauna, after an extended struggle with Alzheimer‚Äôs. Arlin was born on November 2, 1925, in Wittenberg, Wisconsin, to the late William and Emma (Krolow) Tiede. He moved from Wittenberg to Appleton in 1930 after a fire destroyed the family home. Arlin attended St. Paul Ev. Lutheran School in Appleton and was confirmed in 1939. He went to vocational school for two years and entered the Navy in 1944. Arlin proudly served his country during WWII in the United States Navy as a parachute rigger on the carrier Franklin Delano Roosevelt. Arlin served for two years and returned home to marry Eileen Kunstmann on June 26, 1948. Arlin was a member of the Bricklayers and Allied Mason Union, Local #9, for over 50 years. He worked on many prominent buildings in the downtown Appleton area, including the Zuelke and A.A.L. buildings, and many Lawrence University projects. Arlin was well-known as a humble, honest, hardworking man with a good sense of humor. His favorite hobbies were trout fishing and deer hunting. He cherished the times when the whole family was together, especially at Christmas. Arlin is survived by his loving wife of 59 years, Eileen; his son, Darwin A. (Cathy) Tiede, Appleton; his daughter, Peggy E. (William) Laird, Green Bay; his grandchildren, Matthew S. Tiede, Sarah E. (Tim) Somers, Michael P. Tiede, Jessica L. Laird, Adam B. Laird and Nicole M. Laird. He is further survived by his brother LeRoy (Lois) Tiede; his brother-in-law, James Hintz, both of Appleton; his sisters-in-law, Margaret Kunstman of Appleton, Ruth (Ed) Mendels of Oshkosh and many nieces and nephews. Arlin was preceded in death by his brothers, Laverne Tiede and Lyle Tiede; his sisters-in-law, Rose Tiede and Elaine Hintz, and his brother-in-law, Kenneth Kunstman. Funeral services will be at 11:00 a.m. on Monday, October 1, 2007 at ST. PAUL EV. LUTHERAN CHURCH, 302 North Morrison Street, Appleton, with Rev. Ralph Waack officiating. Friends may call at the Wichmann Funeral Home, Appleton, on September 30th from 4:00 p.m. to 8:00 p.m. and again directly at the church on Monday, October 1st from 10:00 a.m. until the time of services. Interment will be at Highland Memorial Park at 2:00 p.m. The family would like to extend a sincere thank you to Pastor Waack, Pastor Frey, Dr. Abhilash Desai, Dr. Jack Anderson and all of the loving caregivers at St. Paul Home, AppleTree Court.

A memorial fund is being established in Arlin‚Äôs name.

Arlin is at peace with his Savior, but his memory will live forever in our hearts.