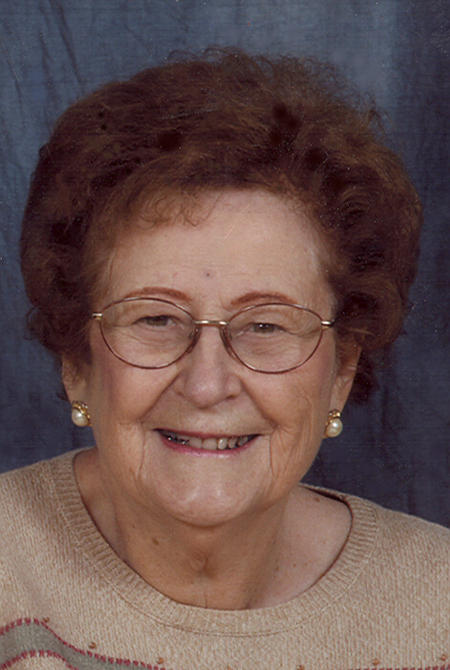 Arlene L. Bohl, 89, of Appleton, passed away at Appleton Retirement Community on Saturday, April 10, 2010. Arlene was born on October 16, 1920, in Appleton, to the late Fred and Alma (Eickhoff) Bohl. She was employed as an Analyst at AAL, retiring on December 31, 1985, after 47 years of service. Arlene was well known for her kindness and generosity. She enjoyed traveling, crafting, knitting, gardening, cards and table games. Arlene was a life-long member of St. Paul Ev. Lutheran Church and its Ladies Aid Society, and was active at the Thompson Community Center and YMCA. Survivors include her brother, Merlin Bohl, Phoenix, Arizona; her nieces and nephews, David (Carol) Seidel, Danville, Kentucky; Judith (Michael) McDonnell, River Forest, Illinois; Terry (Susan) Bohl, Phoenix, Arizona; Patti Lujan, Phoenix, Arizona; Mark (Cheryl Ann) Bohl, Phoenix, Arizona; and Debra (Chip) Harleman, San Diego, California; her grand nieces and nephews, Teresa (Michael) Humphries, Jeffrey (Diane) McDonnell, Allison (J.T.) Terry, Megan McDonnell, Michael McDonnell and Jeremy McDonnell. She was preceded in death by her sister Arnita (Walter) Seidel and her sister-in-law, Letha Bohl. Funeral services will be at 11:00 a.m. on Saturday, April 17, 2010, in STAR OF HOPE CHAPEL at Highland Memorial Park, 3131 N. Richmond Street, Appleton, with Rev. Paul Jenkins of St. Paul Ev. Lutheran Church, Appleton, officiating. Friends may call at the Wichmann Funeral Home on Friday from 4:00 p.m. to 8:00 p.m. and again at the Star of Hope Chapel on Saturday from 10:00 a.m. until the time of services. The family would like to extend a sincere thank you to the staff at Affinity Hospice, BrightStar Healthcare and Appleton Retirement Community, for their loving care. A memorial has been established in her name.
Wichmann Funeral Home
537 N. Superior Street
Appleton, WI 54911 (920)739-1231
Online Condolences
www.wichmannfargo.com