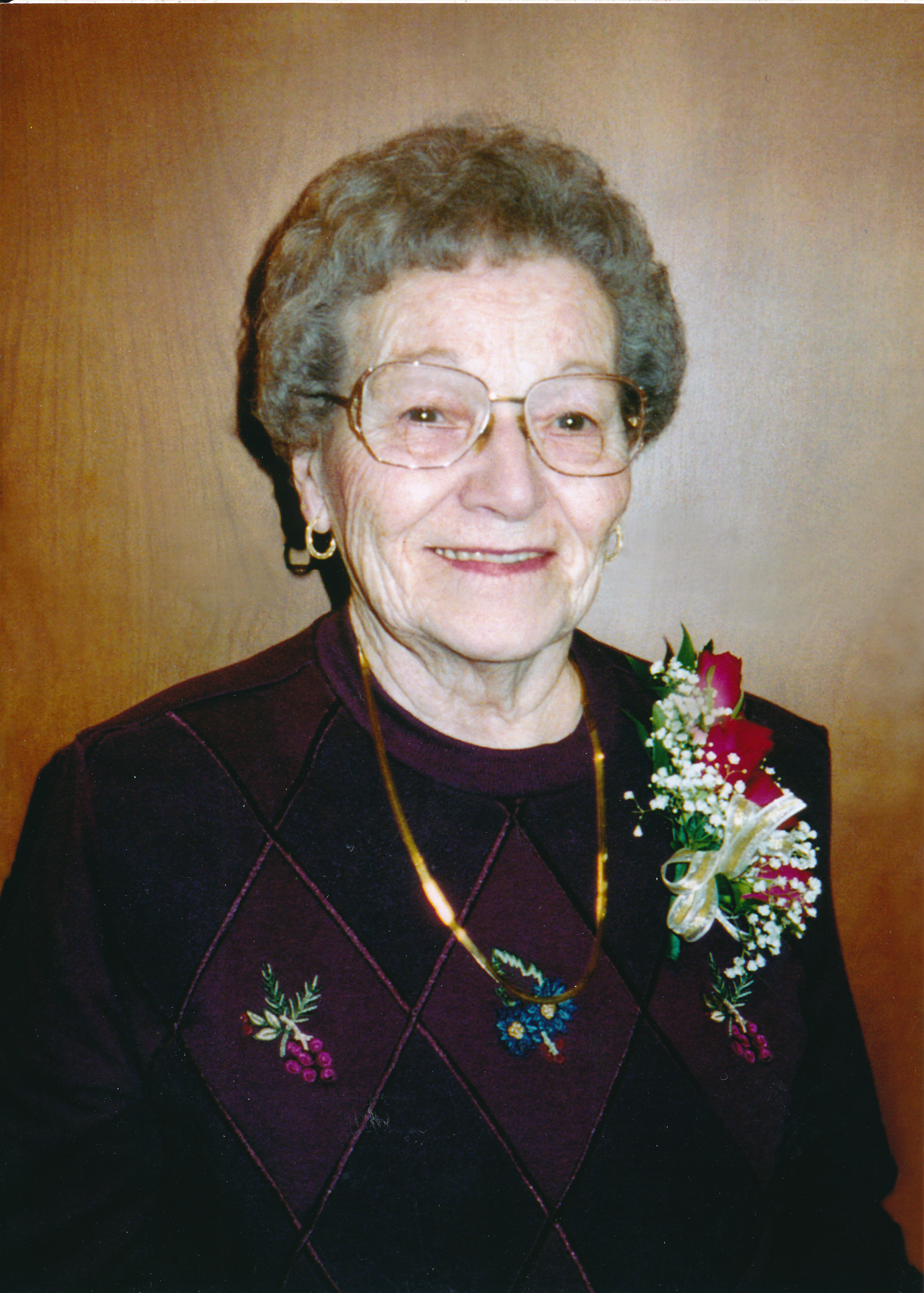 Arlene H. Krueger, age 95, passed away after a short illness on Tuesday, December 29, 2015. She was born in the Town of Woodville to the late Edward and Amanda (Schubring) Franzke on December 4, 1920. Arlene married Melvin Krueger in Forest Junction on January 11, 1941. Arlene and Melvin worked together on their family farm until moving to Appleton in 1964. She was a member of the White Shrine of Jerusalem, Schriners Auxiliary and the EmManuel United Methodist Church Martha's Circle. Arlene enjoyed playing Sheepshead, cards and socializing. She was also a loyal member of Emmanuel United Methodist Church

The funeral service for Arlene will be held at 1:00 PM on Saturday, January 2, 2015 at EMMANUEL UNITED METHODIST CHURCH (740 E. College Ave., Appleton) with Rev. Lynn Kollath officiating. Visitation will be held from 11:00 AM until the time of service. In lieu of flowers, memorials may be directed to Emmanuel United Methodist in Arlene's name.

The family wishes to extend a thank you to the nurses and staff on the 8th floor at Appleton Medical Center as well as ThedaCare at Home Hospice for the care given to Arlene.