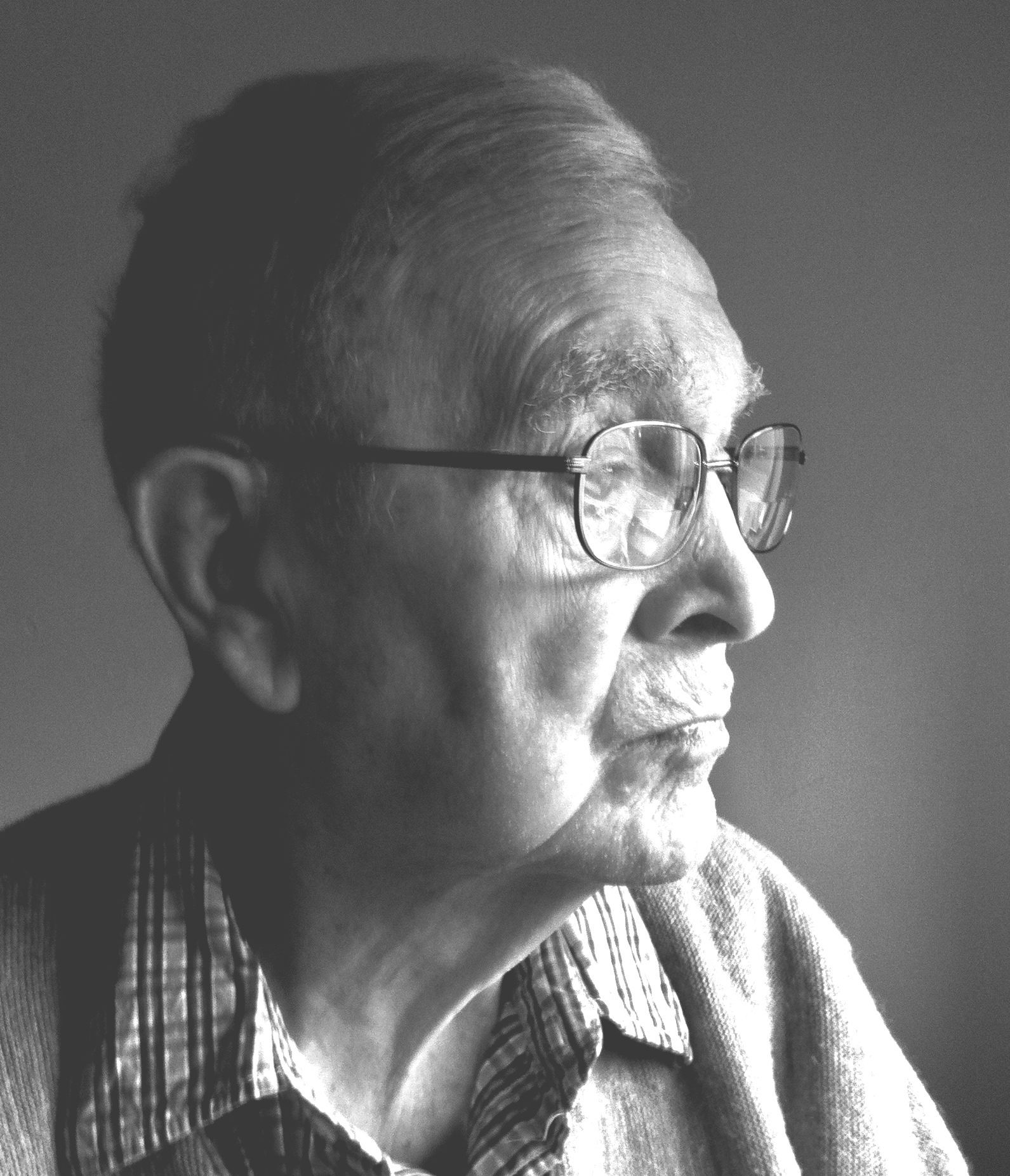 Archibald Hugh Mauk, of Appleton, passed away peacefully, surrounded by family, on April 5, 2017. Archie celebrated his 93rd birthday April first. Another sweet old man you might pass in a wheelchair, once dark haired and handsome with a history of service and family and love. He was proud to be part of the Greatest Generation.

Archie was born in Council Hill, Illinois on April 1, 1924. He grew up in a four-room house heated by a cook stove and without plumbing on the corner of two country roads, at the edge of the small mining town of New Diggings, Wisconsin. His father, Frederick E. Mauk, a World War I disabled veteran, did the best he could to provide for his family. His mother Clara Young Mauk, made a home that Dad cherished. Archie had two brothers, Frederick “Fritz” Mauk and William “Bill” Mauk. They were a close family with a lot of love. The boys were educated in a one-room schoolhouse down the road. Dad loved school and studied hard, graduating as president of his class. He met his future wife, Mary Jane Clemens of Cuba City, Wisconsin, before leaving for Europe to serve his country in the Second World War. Mary said he was the most handsome man she had ever seen. He left a skinny 18-year-old kid and came back a muscled young man our mother barely recognized.

Archie was drafted into the Army in February 1943. After training, he volunteered to go overseas and spent 27 months in the Army Engineers in Europe during World War II. He participated in the Normandy, Northern France, Ardennes and Rhineland Campaigns and received the Victory Medal, European African Middle East Theater Ribbon with Four Bronze Battle Stars, Four Overseas Service Bars and the Good Conduct Medal. He was honorably discharged on January 12, 1946.

After serving he received a gift he cherished – the chance to go to college on the GI Bill. It changed his life. He graduated with a Bachelors of Business and Insurance from the University of Wisconsin-Madison in 1950. Archie and Mary were married in The Little Brown Church in the Vale in December of that year. They were married for 63 years until her passing in 2013.

Archie started his career with Western Adjustment and Inspection Company in Terre Haute, Indiana. Because of his early success and excellent professional reputation, in 1956, he was recruited to join Integrity Mutual Insurance in Appleton, Wisconsin. Archie retired from Integrity as Vice President of Property Claims in 1988. Archie and Mary also had a successful popcorn business, Family Popcorn, which they ran together with their daughters and grandchildren for 40 years until 2010.

Dad was active in Masonry and rose to the top position in nearly every organization he was involved in, including Master of Appleton Masonic Lodge #349 and Potentate of Beja Shrine. He was named Chairman of Endowment, Wills & Gifts for Wisconsin later becoming The Imperial Donor Relations Director – Wisconsin and was instrumental in raising money for Shriners Hospitals for Children for many years.

He was a 60 year member of First United Methodist Church of Appleton, Wisconsin, where he was a Past President of the Men's group, Trustee and a Head Communion Usher.

Archie was active in our community as a member of the noon Lions, Life member of both the American Legion Post #40 and VFW Harvey Pierre Post #2778 and supported Appleton Medical Center where he volunteered for more than 20 years after his retirement.

A celebration of life will be held at 11:00 AM on Saturday, April 15, 2017, at FIRST UNITED METHODIST CHURCH, 325 E. Franklin St., Appleton, WI, with Pastor of Visitation Dave Farina officiating. Visitation will be held at the church on Saturday beginning at 9:00 AM until hour of service. A Masonic Service will be held the evening prior, on Friday, April 14, at 7:45 PM at Wichmann Funeral Home, 537 N. Superior St., Appleton. Visitation will held from 6:00 PM to the time of the Masonic Service. A memorial is being established in Archie's name for Shriners Hospitals for Children.

When asked , if he could be granted any birthday wish, his wish would be to go fishing down home. Dad we take comfort knowing your family was waiting for you on the shore.

Archie's family would like to thank the compassionate staff at Willow Lane Assisted Living for all the loving care they provided him.