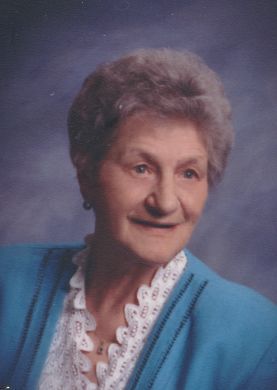 Antonia W. “Wilma” De Wild, 92, passed away on Friday, August 15, 2014. Wilma was born on December 4, 1921 to Franciscus and Theodora (van Wetten) Vonk in Boekel, the Netherlands. In 1950 she married John De Wild and they immigrated to the USA and settled in Combined Locks. Wilma worked for St. Paul Catholic Church in Combined Locks until her retirement. She was president of Mission Sewing for many years and could also be found helping in the church kitchen with funeral meals and other church functions. Wilma also enjoyed playing cards with their Dutch friends.

Wilma was preceded in death by her parents, her husband, John, and two brothers and one sister, Harry, Henk and Mein.

The family would like to thank Grand Horizons/Kimberly Assisted Living, Appleton Medical Center and Theda Care at Home for everything they have done. Online condolences may be expressed at www.wichmannfargo.com. In lieu of flowers a memorial fund has been established.