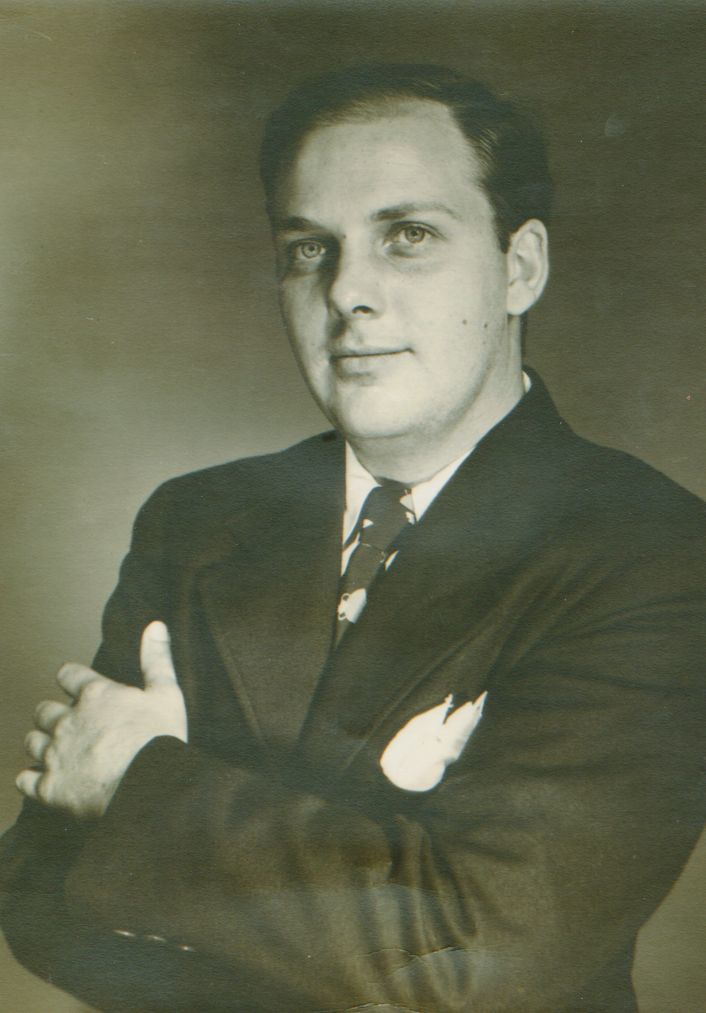 Anton “Tony” Zeller, age 94, passed away on May 12, 2016, at his home in Grand Chute. Tony was born in Milwaukee on October 1, 1921, son of the late Anton and Lillian (Cluse) Zeller. He attended Milwaukee Public Schools and graduated from Washington High in 1941.
In 1942, he was drafted into the U.S. Army and served for four years, two of which were in Europe. Tony was stationed in England for six months before taking part in the Normandy invasion. He was awarded five battle stars for his service in the European campaign of World War II.
After being discharged from the military, Tony entered Layton Art School in Milwaukee and finished a four-year course in Advertising Design. He worked in the art departments of several Fox Valley firms, including Marathon Corporation, the Hoffmaster Company, and the Design Direction Art Studio. In 1969, he became head of the newly formed art department at Presto Products. Under his leadership, what began as a one-person department became a staff of 14 with complete facilities for art and photography.
His artwork had been exhibited in the SECURA Fine Art Exhibition and the Wisconsin Painters and Sculptors show. Tony was represented at the Katie Gingrass Gallery in Milwaukee from 1992-2002.
Tony will be dearly missed by his daughter; Lisa Zeller of Appleton. He was preceded by his wife of 62 years; Marilyn Zeller.
In accordance to his wishes, a private family service was held. Online condolences may be expressed at www.wichmannfargo.com