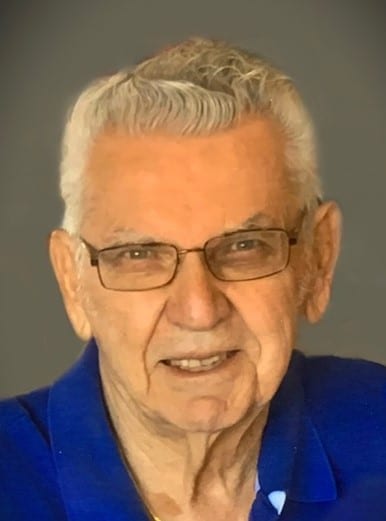 Anton "Dick" Erce
February 12, 1933 - December 3, 2020
Print
Email
Service
In lieu of social gatherings, condolences can be sent to the family through: Rick Erce, 1206 McLean Drive, Madison, WI 53718.
Anton Richard “Dick” Erce 87, of Appleton, Wisconsin passed away peacefully at his residence in Carolina Assisted Living on Thursday, December 3, 2020.  Dick was born February 12, 1933, the son of Mary and Anton Erce.  He grew up on the south side of Chicago and attended Farragut High School. He loved to brag that actress Kim Novak also went to school there “but she was a bit older than me so I never dated her”
Dick worked in the ink printing business with Levy, Bordens and Daw prior to his retirement. He held many job titles including Plant Manager and finished his career in sales. He also worked for almost 30 years bartending in the evenings 2 to 3 days a week at Hahn’s Lanes and Super Bowl where he loved to tell you a joke.
He served two years in the military for the Army as a cook in Colorado, Missouri and Kansas and brought those “skills” to the home when Mom didn’t feel like cooking. His “goulash” as he called it was whatever was left over in the fridge that day.
A thrifty man, Dick could fix or make just about anything and never threw away a part for fear that it may be needed for his next repair. He always found time to attend his children’s activities from ballet recitals to baseball. A favorite activity of his was bowling night with his wife Sophie. He also enjoyed his NASCAR, old movies especially John Wayne, M.A.S.H., the Packers and antique car shows.
Dick was married to Sophie Erce for 58 years until her passing in 2015. He is survived by five children: Sandy (Mark) Peterson, Richard (Melanie) Erce, Lydia Erce, Jim (Jody) Erce, and Mary Erce. He had eight grandchildren and four great grandchildren.
There will be a private family gathering at Wichmann Funeral Home in Appleton, with entombment following at Highland Memorial Park.
In lieu of social gatherings, condolences can be sent to the family through: Rick Erce, 1206 McLean Drive, Madison, WI 53718.

Light a Candle
Service
In lieu of social gatherings, condolences can be sent to the family through: Rick Erce, 1206 McLean Drive, Madison, WI 53718.