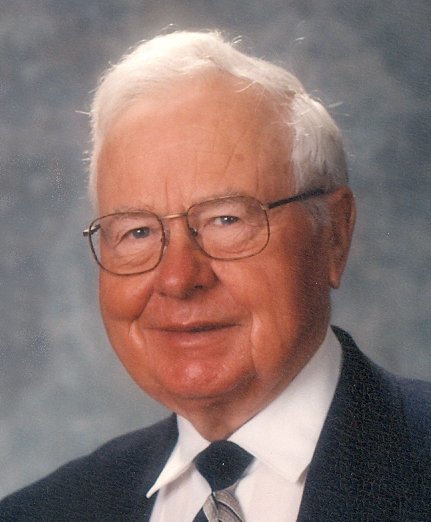 Anthony Van Wychen, age 94, passed away on Monday, January 9, 2017 at St. Paul Villa in Kaukauna. Tony was born on December 31, 1922 in Kaukauna, son of the late Henry and Anna (Stiltjes) Van Wychen. On June 4, 1946 he was united in marriage to Lillian Johanna Van Hoof at St. Nicholas Catholic Church in Freedom; they celebrated 70 years of marriage this past summer. Tony grew up on the family farm on Golden Glow Road in Freedom, Wisconsin. He was the sixth of nine boys born in the family. Though there was always much to be done around the farm and house, the Van Wychen boys always found time for hunting and fishing.

Tony's love for hunting and fishing continued throughout his life. He and his brothers built a cabin in Athelstane, Wisconsin from the wood that they harvested from their land. He spent many deer hunting seasons there with his brothers, sons and extended family. Beyond the farm, Tony's work life began and ended at the same place: Thilmany Pulp & Paper Company in Kaukauna. He began work there when he was 23 years old and retired at the age of 62. For 40 years, Tony and Lillian spent as much of their summers 'Up North' as possible; 30 of those years were spent at a cottage on Crooked Lake where Tony enjoyed fishing during the day and playing cards (sheepshead) at night.

Tony was a kind and fair man who held his Catholic faith dear to his heart. In his retirement years, he attended mass daily and often sung in the church choir. He said four rosaries the morning of the day he died. Tony was a man that was there to help his neighbor, whether they were born in the Unites States, Laos or some other place. He was a good father and a good husband and a great bear-hugging grandpa.

The funeral liturgy for Tony will be held at 11:00 AM on Thursday, January 12, 2017 at HOLY CROSS CATHOLIC CHURCH, 309 Desnoyer Street in Kaukauna, with Fr. Tom Pomeroy officiating. Interment will be in the parish cemetery. Family and friends are invited to gather directly at the church on Thursday morning from 9:00 AM until the time of the service.