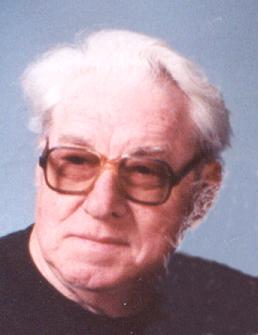 Tony was raised in Elkhart Lake and Little Chute. He served in the U.S. Navy during WWII. Tony was employed for 40 years by Kimberly-Clark, Kimberly and also drove school bus for 25 years for Valley Transit Company before retiring in 1988. He was a member of the Holy Spirit Parish, Kimberly and Jacob Coppus Post 258 of the American Legion, Little Chute. Tony was an avid golfer and boating enthusiast. His hobbies included photography; he was the official photographer for the Kimberly-Clark Quarter Century Club.

The funeral liturgy for Tony will be held on Saturday, October 21, 2006 at 11:00 a.m. at HOLY SPIRIT PARISH ‚Äì KIMBERLY, 600 E. Kimberly Ave. with Fr. Tom Pomeroy officiating. Inurnment will take place at St. John Cemetery, Little Chute. Visitation will be held on Friday at the funeral home from 5:00 ‚Äì 7:00 p.m. and at the church on Saturday from 10:00 a.m. until the time of mass. In lieu of flowers, memorials to Innovative Services Inc., Green Bay or Appleton Heart Institute appreciated.