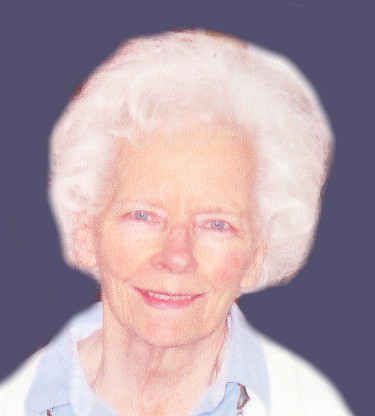 Annette has gone on to Glory on August 31, 2012, after battling the cruel disease of Alzheimer's. She was born in Chicago on November 6, 1927, daughter of the late Earl and Anna (Tovik) Maher. As a child she lived in Sioux Falls, South Dakota, and later met and married her husband, Allan, in Vancouver, Oregon. Annette had lived in her Appleton home for the past fifty-six years. She was previously employed by H.C. Prange Company in downtown Appleton, worked as the manager at Seashells and Things, and enjoyed volunteering in the gift shop at Appleton Medical Center. Each summer, she organized the Annual Family Picnic, sat on her patio to watch the garden grow, chase away the rabbits, and feed the birds. In the winter, she curled up with a good book, worked on crafts, and watched reruns of M*A*S*H*. Annette never had a bad word to say about anyone, and was much loved by her family and friends.

Annette is survived by her four children: Susan Rothlisberg, Karen (Guy) Gordon, Steve (Barb) Sonkowsky, and Gene (Debbie) Sonkowsky; her grandchildren: Amy, David, Michelle, Eden, Shane, Kim, Trisha, Samantha, Allan, Randy, Wayne and Anna, who all agree that she was the Best Gramma Kusky EVER! She loved her four brothers: James (Elizabeth) Maher, Peter Maher, John (Shirley) Maher, and Thomas (Carol) Maher. Annette also enjoyed the company of all of Allan's brothers and sisters and their families. She is now in heaven and has joined her beloved husband Allan, grandson Brett Rothlisberg, great-grandkids Ashanteana and Quinton Sonkowsky, and other beloved family members.

A private service for the comfort of the family will be held at a later date. In lieu of flowers, a memorial fund is being established. Online condolences may be offered at www.wichmannfargo.com

The family would like to offer a very special thank you to the caring and hard-working staff at Brewster Village – Orchard House. You made this difficult time much easier for us.