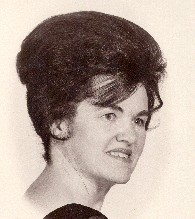 Annella DeRoche of Appleton passed away early Friday morning, August 31, 2007 at the Appleton Medical Center. Annella was born in Campbellsport, Wisconsin on November 12, 1918, daughter of the late Thomas ‚ÄúFrank‚Äù Flanagan and Rose (Dengel) Flanagan. She attended Washington High School in Manitowoc, as well as Business College there. On June 28, 1941, Annella married Edward DeRoche in Manitowoc and have spent sixty-six wonderful years together. Over the years, Annella was a very active woman. She enjoyed her involvement with the Appleton Women‚Äôs Club, the Sheepshead Club for forty years, the Bridge Club, the Dance Club, and the Investment Club. Annella and several of her friends founded the Tuesday morning Flowers League at Reid Municipal Golf Course in Appleton, and Annella enjoyed playing golf right up to the age of 85. She loved camping in Door County, traveling with Ed in their motor home to destinations such as Branson, Missouri, Gatlinburg, Tennessee, Colorado, Florida, New York, and New England. She also enjoyed art shows ‚Äì not one came to the area without Annella taking the time to browse the many booths and artist tents. Many will also remember Annella for her excellent sewing work; she was an expert seamstress.

She is survived by her loving husband: Edward DeRoche of Appleton; two daughters: Pamela DeRoche of San Antonio, Texas and Nanette Pierson of Appleton; three grandchildren: Michelle, Nicholas, and Ashley Pierson; a sister: Mary (Jack) Riggles of Colorado; a brother: Art Flanagan of Two Rivers; and a sister-in-law: Hazel Flanagan of Two Rivers. Annella was preceded in death by her parents, brothers Joseph Flanagan and Barney Flanagan, and a son-in-law: Ben Pierson in 2005.

The funeral liturgy for Annella will be held at 11:00 AM on Tuesday, September 4, 2007 at ST. PIUS X CATHOLIC CHURCH, 500 W. Marquette Street in Appleton with Fr. Tom Farrell officiating. Interment will be in St. Mary‚Äôs Cemetery in Appleton. Friends may call directly at the church on Tuesday from 9:00 AM until the hour of the service. In lieu of flowers, a memorial fund has been established for ThedaCare at Home.

The family would like to extend their thanks to the many people who cared for Annella, but special thanks go to Amy, who was just wonderful with us. Your kindness will never be forgotten.