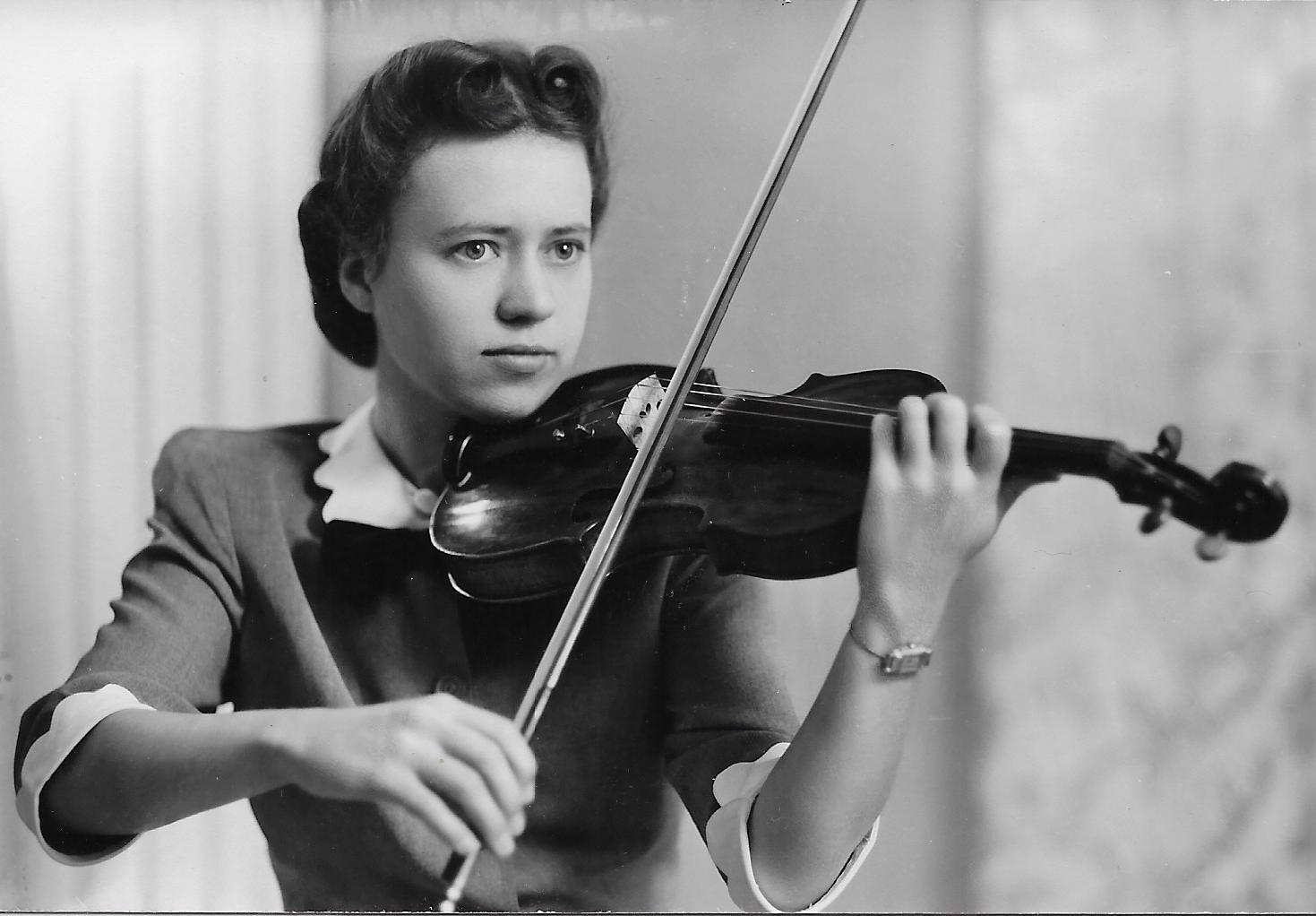 Annabelle F. Stroud, 95 years, fell asleep in the Lord on November 14, 2016 at her residence in Hilbert, Wisconsin surrounded by her loved ones. She was born July 30, 1921 to her loving parents Hubert H. and Lydia E. (Meyer) Dorman in Harrison Township, Wisconsin. She attended Roosevelt Junior High School for 7th grade, Wilson Junior High School for 8th and 9th grade, Morgan School for her first two years of high school and was a member of the 1939 graduating class of Appleton Senior High School (now Appleton West). This was the first class to graduate from the new facility.

When she attended Appleton Senior High School, Annabelle played viola in the Lawrence College Orchestra under the direction of Dr. Percy Fullinwider. She also played in the Appleton Symphony, directed by J. I. Williams and was featured as violin soloist in one of their concerts at Lawrence Memorial Chapel.

In 1940 Annabelle auditioned to play in the Chicago Civic Orchestra where she spent one season playing viola. While in college in Springfield, Missouri, she met her future husband, Bronnie Stroud. They were married on August 31, 1945, in Appleton, Wisconsin. From there Annabelle assisted her husband in music, women's ministries and education in the churches he served as pastor in Wisconsin and Illinois. During this time she played viola in several symphonies in Springfield, Missouri, LaCrosse, Wisconsin, and the University of Wisconsin-Superior. Also she used her violin during their 15 years as missionaries in Ghana, West Africa. While in Africa she was an instructor at Southern Ghana Bible Institute. Throughout their time in West Africa, Annabelle taught their four children using correspondence courses from American schools.

The family of Annabelle thanks Compassus Hospice, specifically, Heidi, Laurie, Lynn and Gina for their loving care for her.