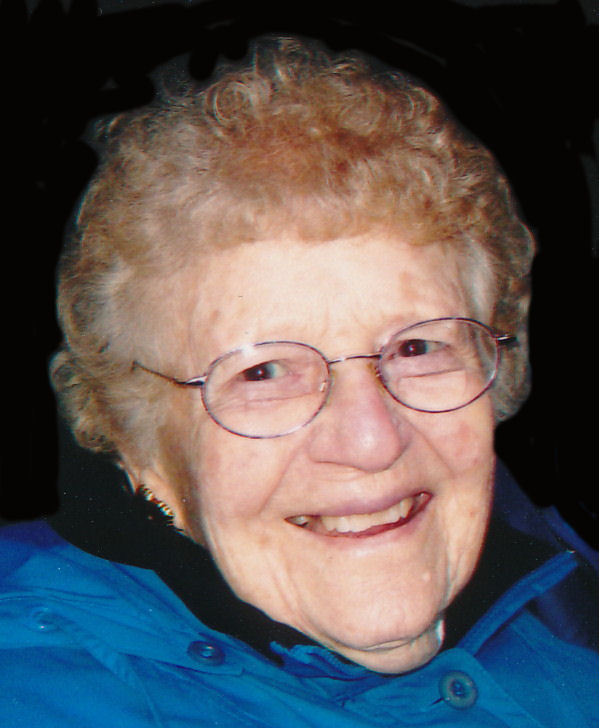 Anna C. Wildenberg, age 97, of Kimberly, passed away at Parkside Care Center on Friday, December 21, 2012. Anna was born on January 5, 1915, in Darboy, to the late William and Anne (Nettekoven) Hopfensperger. She married Joseph “Sonny” Wildenberg on April 14, 1934, at St. Therese Catholic Church in Appleton and enjoyed 70 years of marriage; he preceded her in death in January of 2004 . Anna lived her entire married life in Kimberly and at times worked for the Kimberly Clark and H. C. Prange companies. She loved her flower gardens and enjoyed working soil. Anna also enjoyed golf and played on the Countryside Ladies and Couples Leagues for many years. In early retirement she was also a league bowler. Anna was especially fond of spending summer vacations with her family on Clear Lake in the Manitowish Waters area. She loved her grandkids and great grandkids and was more than a willing babysitter. Anna was a long-time member of Holy Spirit Catholic Church. Survivors include her sons, Tom (Lorrie) Wildenberg, Kimberly, and Bob (Janine) Wildenberg, Eau Claire; her grandchildren, Kim (Mick) Rusch, Appleton; Mary (Steve) Hooyman, Town of Harrison; Joseph (Catherine) Wildenberg, Portland, Oregon; Anna Wildenberg, San Francisco, California; her great grandchildren Andy Rusch, New York; Sarah Rusch, Appleton; Kelly and Benjamin Hooyman, Town of Buchanan. She was preceded in death by her six brothers, Matt, Hubert, Ray, Harold, Lester and Roland; her four sisters, Edna, Naomi, Ceil and Florence. The Funeral Liturgy will be at 11:00 a.m. on Thursday, December 27, 2012, at HOLY SPIRIT/HOLY NAME CATHOLIC CHURCH, 620 E. Kimberly Avenue, Kimberly, with Fr. David Beaudry officiating. Friends may call directly at the church on Thursday from 10:00 a.m. until the time of services. Interment will be in Holy Name of Jesus Cemetery, Kimberly. The family would like to extend a sincere thank you to the staff at Parkside Care Center who became her friends, as well as her caregivers. A memorial has been established in Anna's name to benefit Holy Spirit Catholic Church, Kimberly.