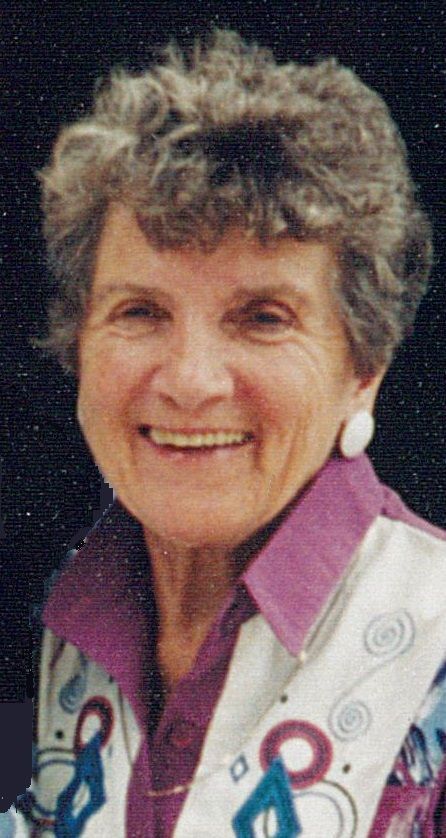 Ann M. Schindhelm, age 94, passed away peacefully on Friday, May 9, 2014. She was born a Christmas baby in 1919 on a farm in Whitelaw. She led a very full life. After learning life skills on the farm she left home at the age of 16 and went on to graduate from DePere High School, then UW-Madison with a degree in Home Economics, after which she married Robert “Bob” Schindhelm on September 5, 1942; they spent 71 wonderful years together.

Ann always had a strong faith; she was a longtime member at St. Therese Catholic Church and Ss. Peter and Paul Catholic Church, in Weyauwega. While raising her family of eight she was a regular volunteer at St. Elizabeth Hospital and later spent many years and countless hours managing the St. Vincent DePaul Thrift Store in Weyauwega. At the age of 40, Ann learned to (and loved) golf which led to multiple hole-in-ones. Traveling (and golfing) around the world with Bob gave her great joy and adventure.

Funeral liturgy for Ann will be held at 11:00 a.m. on Thursday, May 15, 2014, at ST. BERNARD CATHOLIC CHURCH, 1617 W. Pine Street, Appleton, with Rev. Dennis Ryan officiating. A time of visitation will be held at the church from 9:00 a.m. until the time of service. In lieu of flowers, Donations in Ann's name can be made to the Menasha Joint School District (c/o Steven Toonen Scholarship) or to Ss. Peter and Paul – St. Vincent DePaul.

The family would like to extend a special thanks to the staffs at Gardenview and Heartland Hospice for all of their compassionate care.