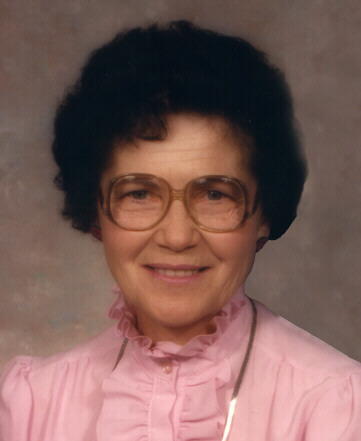 Age 87, passed away peacefully surrounded by her seven children, at Living Tree Estates, in Greenville on Wednesday, May 14, 2008. She was born on October 28, 1920 daughter of the late Leonard and Nellie Van Thiel. On June 11, 1942 she married Joseph P. Stoffel at St. Nicholas Catholic Church, Freedom. He preceded her in death in 1999. Ann worked as a bookkeeper at A&P, Appleton for over 20 years. Further, she worked at Country Aire, Starlite Club and Edgewood. Even though Ann worked, she always found time to raise seven children, helped on the family farm, was the best homemaker, and made sure the family went to church on Sundays. Sunday's and Tuesday's were special as she was at home with her family. Ann was a musician who played guitar, sang and yodeled. She loved to dance, especially square dancing and polka. She also enjoyed bowling with her sisters in league. Ann was a member of the Golden Agers and Knights of Columbus. Ann loved spending time outdoors with her family: fishing, camping, gardening and caring for her flowers. She will be remembered for her love of sounds of nature.

The funeral liturgy will be at 11:00 a.m. on Saturday, May 17, 2008 at ST. NICHOLAS CATHOLIC CHURCH, Freedom, with Fr. Dave Hoffman officiating. Friends will be received at the church on Saturday from 9:00 a.m. until the time of the liturgy. Burial will be in St. Nicholas Cemetery.

The family would like to express their deepest appreciation to all the family and friends who visited Mom, and especially the owners and staff at Living Tree Estates. We could not have asked for a better place for our mother. Your kindness and special care will never be forgotten.

Sincere appreciation to Tammy & Tom Kreuser and Kristy & Ken Kemper in their special care for Mom prior to her stay at Living Tree.

In lieu of flowers, a memorial fund in Ann's name is being established for Alzheimer's research.

As we watch the sunrise, or a bird in flight, the flowers and music you so loved or a campfire at night, we will remember your energy and beautiful smile. We proudly say, “To know you was to love you. Mom, be at peace in Heaven.”