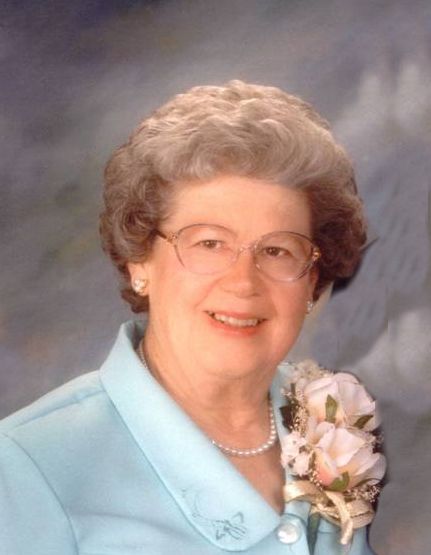 Ann Marie (Schmidt) Kempen went to be with the Lord on Thursday, July 23, 2015 at Country Villa Assisted Living in Freedom. Ann Marie was born on November 10, 1929 in the Town of Woodville, the daughter of the late Bernard and Mary (Rossmeier) Schmidt. She married Francis Kempen at St. Francis Church, Hollandtown on June 6, 1950. Together they operated a dairy and poultry farm near Freedom until 1972. They then moved to Kaukauna. She was a member of Holy Cross Parish, and the Ladies of Holy Cross. She worked during city elections and St. Vincent DePaul until 2013. She loved her family and cooking, baking, candy making, gardening and playing cards.

The funeral liturgy for Toots will be held at 11:00 am on Monday, July 27, 2015 at HOLY CROSS CATHOLIC CHURCH, 309 Desnoyer Street in Kaukauna. Fr. Tom Pomeroy will be officiating. Interment will take place at St. Nicholas Catholic Cemetery in Freedom. A visitation will be held on Sunday at the Fargo Funeral Home, 400 W. Wisconsin Avenue in Kaukauna from 4:00 pm until the prayer service at 7:00 pm, and again on Monday at the church from 9:30 am until the time of mass. In lieu of flowers, memorials to Parkinson's Disease Foundation are appreciated. Online condolences can be offered at www.wichmannfargo.com.

The family would like to thank Stan and Helen Dercks for their neighborly kindness through the years, and a very special thank you to Tina, and the staff at Country Villa, Freedom.