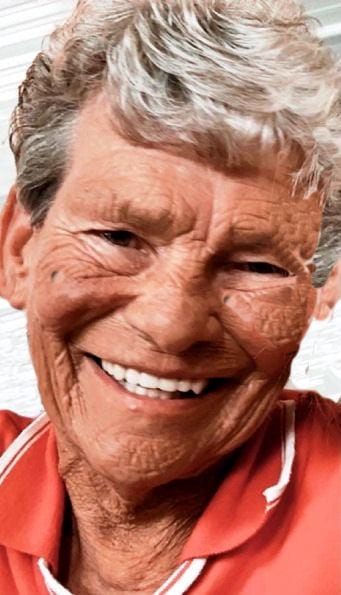 Ann Marie (Reiland) Schmidt, age 74, passed away peacefully at her home surrounded by her family on Friday, December 4, 2020 after a short battle with cancer. Ann was born in Appleton on July 31, 1946 to the late Myron and Lola Mae (Krause) Reiland. On May 14, 1966 she was united in marriage to Charlie Schmidt and were together for 54 years before his passing last month.
Ann was employed at several jobs including the Hortonville Toy Factory, Kimberly Clark and Shirley’s Bar until they became sole proprietors of Ann’s Place from 1984-1997. After leaving the bar she was employed at Nestle’s in Little Chute until retirement. She loved to fish, play pool, play softball, and slot machines. Her biggest loves were her three grandchildren and putting together puzzles.
Ann is survived by her 2 children: Brenda (Dale) Maass and Paula (Rodney) VanStraten; 3 grandchildren: Chandler and Kellyn VanStraten and Mariah Maass; brothers and sisters: Lori Henning, Donna Wunderlich, Rudy Reiland, Jim Reiland, Jerry Reiland, and Kenny Reiland; sisters and brothers in law: Raymond Schmidt, Melvin (Mary) Schmidt, John Schmidt, Millie Weyenberg, and Robert (Barb) Schmidt; Lenny Thiel and Judy Schmidt. She is further survived by several nieces, nephews, other relatives and friends.
Ann is preceded in death by husband Cyril (Charlie) Schmidt; infant son Brian; her parents; her mother and father in law, John and Clara (Griesbach) Schmidt; brother: Richard Reiland; sisters and brothers in law; Dave Henning, Tim Wunderlich, Donald Schmidt, Francis Schmidt, Marion Thiel; Joann Schmidt, and Donald Weyenberg.
A Memorial Service will take place at 11:00am on Wednesday, December 9 at St. Denis Parish in Shiocton, with Father Michael Thiel officiating. Friends and family may visit directly at the church on Wednesday from 9:00 until the time of the service.
The family wishes to extend a heartfelt thank you to Sue Conradt for being such a great neighbor and friend.