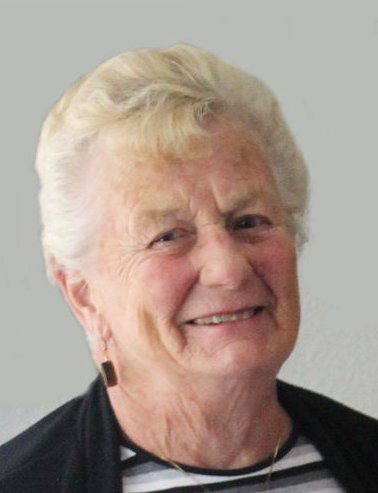 Ann K. (Deering) Bowers, age 83, passed away peacefully on March 18, 2018 in Tucson, Arizona. Ann was born on October 17, 1934, the daughter of the late Arnold and Helen Deering. On October 17, 1955 Ann married the love of her life, Lawrence P. Bowers. They were married for 26 years before Larry preceded her in death on November 12, 1981. Ann and Larry together ran a dairy farm and built their family.

Ann enjoyed watching the Packers play football, preferably when they won. She enjoyed her time at the cottage, traveling, working in her flower garden, reading, spending time with friends and family. She was an active member of the Town of Kaukauna Historical Society.

A memorial service for Ann will be held at 2:00 PM on Saturday, July 28, 2018 at Holy Cross Church, 309 Desnoyer Street in Kaukauna. Family and friends are invited to gather at the church on Saturday, July 28, from 11:30 AM until the time of the service at 2:00 PM. Her cremated remains will be laid to rest at St. Paul Cemetery in Wrightstown following the service at Holy Cross.