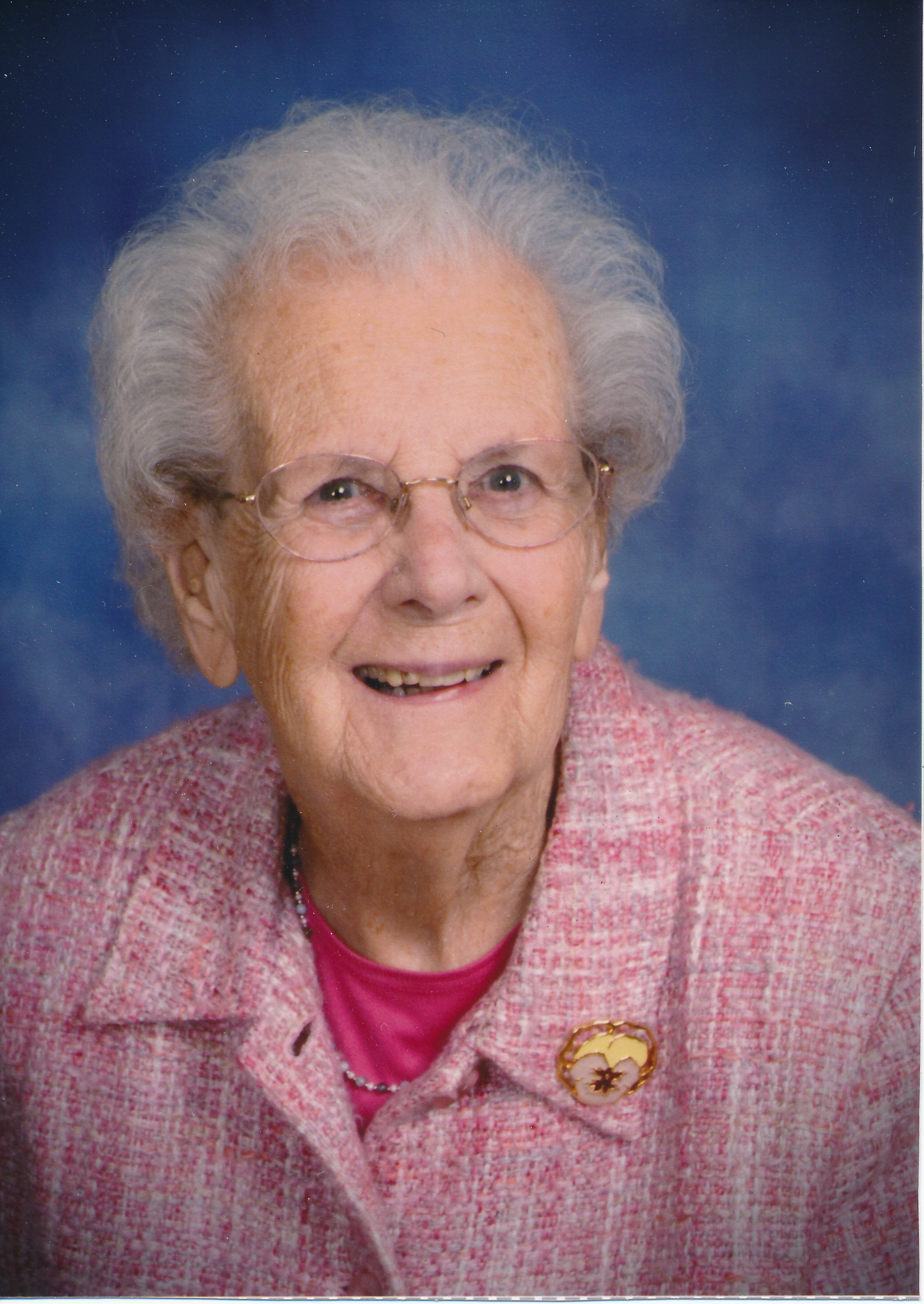 Ann C. (Spierings) Opsteen, age 93, passed away on January 13, 2016 in her home with family at her side. She was born April 8, 1922, to the late John and Jacoba (Marijnissen) Spierings in Combined Locks where she lived her entire life. Her parents emigrated from the Netherlands and she learned to read and write Dutch. She was always near the top of her class and graduated from Kimberly High School in 1940. Ann had a strong passion for learning all her life.
Ann married John on January 12, 1946, after he returned from WWII. Together they raised their eight children. In her “free” time she worked in her garden and played horseshoes at Kamps Kovered Kourts. She pitched horseshoes in many tournaments throughout the state and won many trophies. She was the first woman inducted into the Wisconsin Horseshoe Pitchers Hall of Fame in 1983. Ann taught Religious Education at St. Paul Catholic Church where she was a lifelong member. She joined the Mission Sewing Club around 1968 and remained active until recently. She served 10 years in the 70s and 80s on the Combined Locks Planning Committee.
Family gatherings with her children and sons- and daughters-in-law and their families were occasions for food, fun and laughter. Ann's curiosity of nature (especially insects) was shared with not only her children but the whole neighborhood. Her most important legacies are her successful 15 grandchildren and 10 great-grandchildren in whom she took great pride.
Ann is survived by her children,
• Robert with his family: son Ronald (Debra) with daughter Rebecca; daughter Jean (Paul) Krueger with sons Ethan and Elliot; and son John (Nicole) with daughter Mazzy and son Cole;
• Barbara (David) Schreiber with their family: daughters Jennifer and Megan (Adam) Danczyk;
• Thomas (Luella) with their family: daughter Tara (Jon) Van Dyke with daughter Emmaline; and son Aaron (Karmen) with sons Isaac and Isaiah;
• James (Joan) with their family: daughters Amanda (Andrew) Lagatta; and Emily (fiancé David); son Steven (Andrea) with son Gannan;
• Dave (Nancy) with their family: son Matt; and daughter Sara (Scott) Siegesmund with daughter Alexandra;
• Mary (Greg) Fabisiak with their family: sons Alex (special friend Cara) and Tim;
• Patricia (Donn) McGowan with their daughter Carly (fiancé Alex).

She is also survived by numerous nieces, nephews and their families. In addition to her parents Ann was preceded in death by husband John, sister Marianne (Bee) Berben, oldest son Michael, and daughter-in-law Susan (Robert).

The Funeral Liturgy will be at 11:00 a.m. on Monday, January 18, 2016, at ST. PAUL CATHOLIC CHURCH, 410 E. Wallace Street, Combined Locks, with Fr. Andrew Kysely officiating. Friends may call directly at the church on Monday from 9:00 a.m. until the time of services. Interment will be in St. Paul Catholic Church Cemetery. The family wishes to express their heartfelt thanks to the entire team at Affinity Clinic in Little Chute, especially Dr. Jack Meyer and St. Paul Elder Services and Hospice. In lieu of flowers, a memorial will be established to benefit Ann's favorite charities. Online condolences may be offered at www.wichmannfargo.com