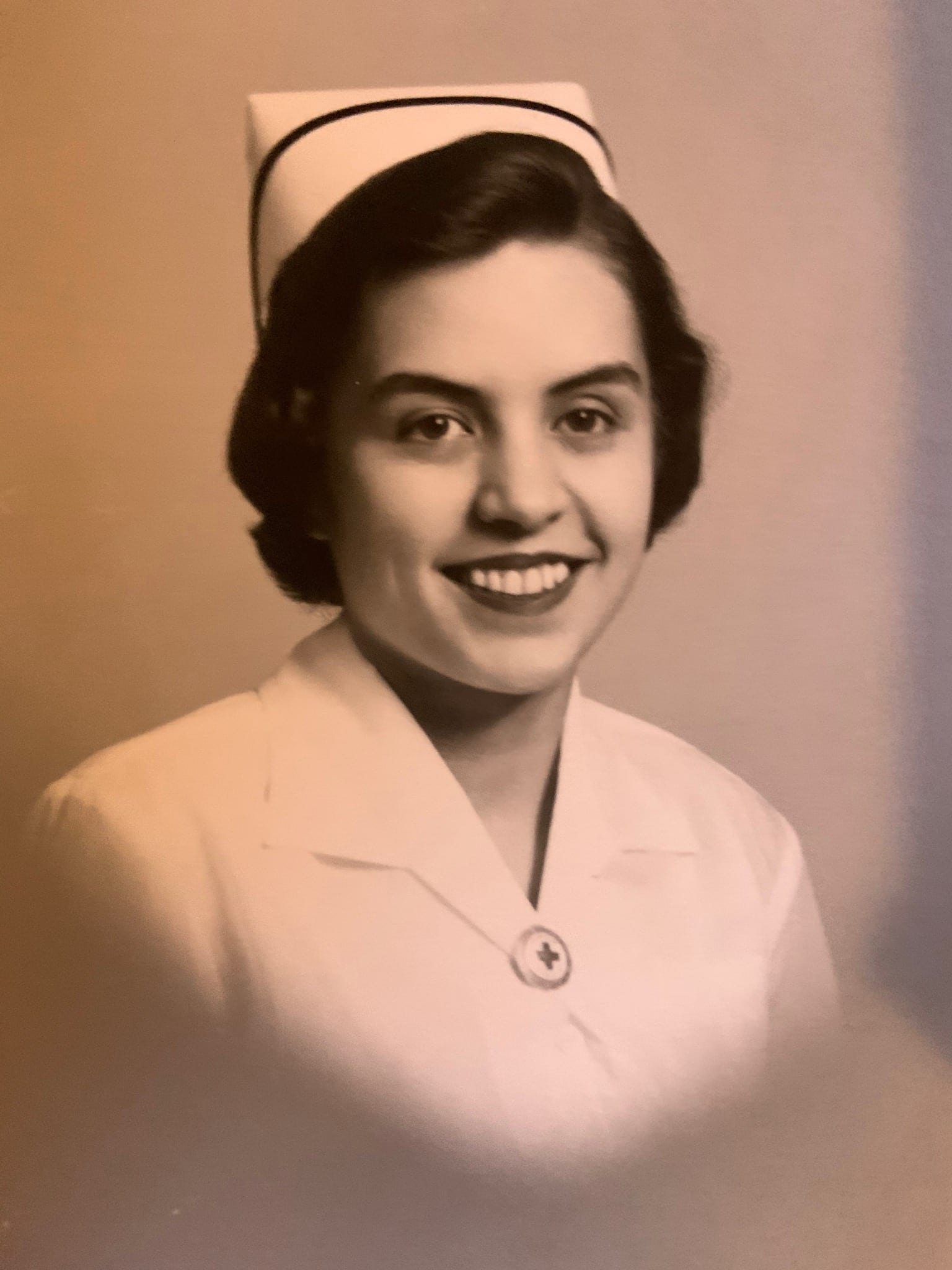 Anita Pilar (Alvarez) Maurer, loving wife, mother, grandmother and great-grandmother, passed away peacefully on Monday, August 17, 2020, in Kimberly, Wisconsin at the age of 83.  She was born on September 13, 1936, in La Crosse, Wisconsin.  Anita was one of eight children born to the late Ricardo Lunuza and Hazel Isabelle (Wanlass) Alvarez.  She grew up in Galesville, Wisconsin and graduated from Galesville-Ettrick High School in 1954.  She later received her RN degree at Saint Francis School of Nursing in La Crosse, Wisconsin in 1957.  She met her lifelong partner and husband, William James Maurer, in 1959, and was married in 1964.  She practiced nursing in Milwaukee, Wisconsin and then moved to Nuremberg, Germany, where her eldest two children were born.  After her husband’s completion of his military service in Europe, the family returned to Wisconsin, where her youngest two children were born.  They then raised their children in Marshfield, Wisconsin.

“Nita” and “Bill” were avid travelers, spending time traveling the States and the world with their family, including the time they enjoyed together in Alaska.  Anita and William celebrated their 55th wedding anniversary this past November. She was a devoted wife, wonderful mother and grandmother, and touched everyone she met with her grace, compassion, dignity and warmth.  Above all else in her life came her family.  She never missed a basketball game, football game or cross-country meet, cooked gourmet meals for her family, loved long walks and talks, had an amazing green thumb, and read thousands of books to her children and grandchildren in between hugs and holding hands.  She enjoyed music and the arts, as well as a game of ping pong or pool, round of racquetball, or a spin around the neighborhood on her bike.  She was always there to help, no matter what was needed.  She not only cared for many patients over the years, but also provided care and comfort for her own parents and in-laws as they reached the ends of their lives.  She was a devout Roman Catholic and made it a point to say countless hours of Rosaries and Novenas to look over each and every member of her family.  May she rest in eternal peace with our Lord in Heaven.

She was predeceased in life by her brothers Ricardo Alvarez and Carlos Alvarez.

A Celebration of Anita’s Life will be scheduled at a date when all who cared for her can personally share their fond memories of this most amazing woman.

Anita’s family would like to extend a very special thanks to the compassionate staff of Aspire Senior Living, AseraCare Hospice, and Tammy in particular, for making our mother’s final days comforting and for arranging a long-awaited opportunity to visit with her shortly before her passing.

“God Bless you Anita.  You will always be remembered fondly, and will be greatly missed, but will always have a most special place in each and every one of our hearts.  May the winds of Heaven blow softly in your ear, whispering how much we love you and wish you were still here.” ~Your Family

Please leave a special message or online condolences for Anita’s family below.