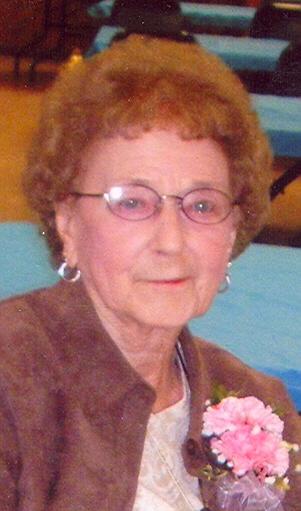 Age 92, passed away at home surrounded by her loving family on Thursday, October 20, 2011. She was born in Appleton on December 11, 1918 the daughter of the late Emil and Amanda (Wendt) Forbeck. On April 19, 1941 she married Raymond Thyssen. Tootie was proud to raise their children on the family farm in the Town of Center. She was known for her love of bowling, knitting and needlework.

The funeral service will be at 11:00 a.m. on Tuesday, October 25, 2011 at the Wichmann Funeral Home, with Deacon Jeff Hofacker officiating. Friends will be received at the funeral home on Tuesday from 9:00 a.m. until the time of the service. Burial will be in Appleton Highland Memorial Park.

The family extends a special thank you to the staff of Appleton Medical Center and the nurses of ThedaCare at Home Hospice for their extraordinary care.