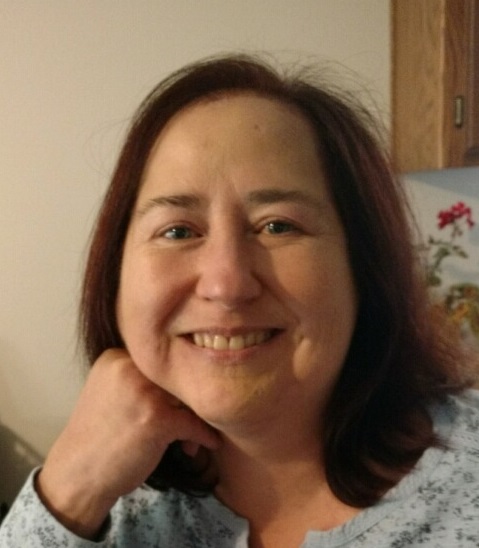 Angie was preceded in death by her mother, Judith Brezinski Schmidt, brother Anthony Schmidt, maternal grandparents Anton and Jessie Brezinski, and paternal grandparents Louis and Olive Schmidt. She was also preceded by a most special Uncle Harry Barkholtz. Angie is survived by sisters; Stephanie (Schmidt) Pomplun and Heather (Schmidt) Pahl and husband David, beloved nieces and nephews. Although no longer present in body her spirit remains with siblings known as “The Girls”. She is further survived by father George Schmidt and stepmom Sheila, and “Ma” Joan (Schmidt) Barkholtz. Joyce Barkholtz Spaude will miss her greatly and was so much more than a cousin. She was sister, caretaker, guide and a source of comfort during this past year. There are many more aunts, uncles, nieces, nephews, cousins and friends, particularly Anmarie Junion who will miss her feisty spirit and sense of humor. Angela was not married and had no children, but cat Sissy was always at her side through every health challenge.

Angela attended Xavier High School and graduated from UW Oshkosh with an accounting degree. After earning her CPA she earned a Master’s Degree from DePaul University. She was a very successful accountant and a member of the Association of Intl. CPAs. She was a Chicago girl at heart and loved living in the city, hangouts in the Loop, and hosting visits from friends and family
.
The funeral liturgy for Angela will be held on Wednesday, January 2, 2019 at11:00 AM at ST. THOMAS MORE CATHOLIC CHURCH, 1810 N. McDonald St., Appleton. Visitation will be held on Wednesday from 10:00 AM until the time of the service at the church. Angela Christine's pain has ended and she has joined Angels of Christ. Family will gather in memoriam and sharing of memories of joy her life shared with us.

The battle was long for Angela, but now the pain has ended and there is only joy, happiness and the best memories of a most amazing woman.