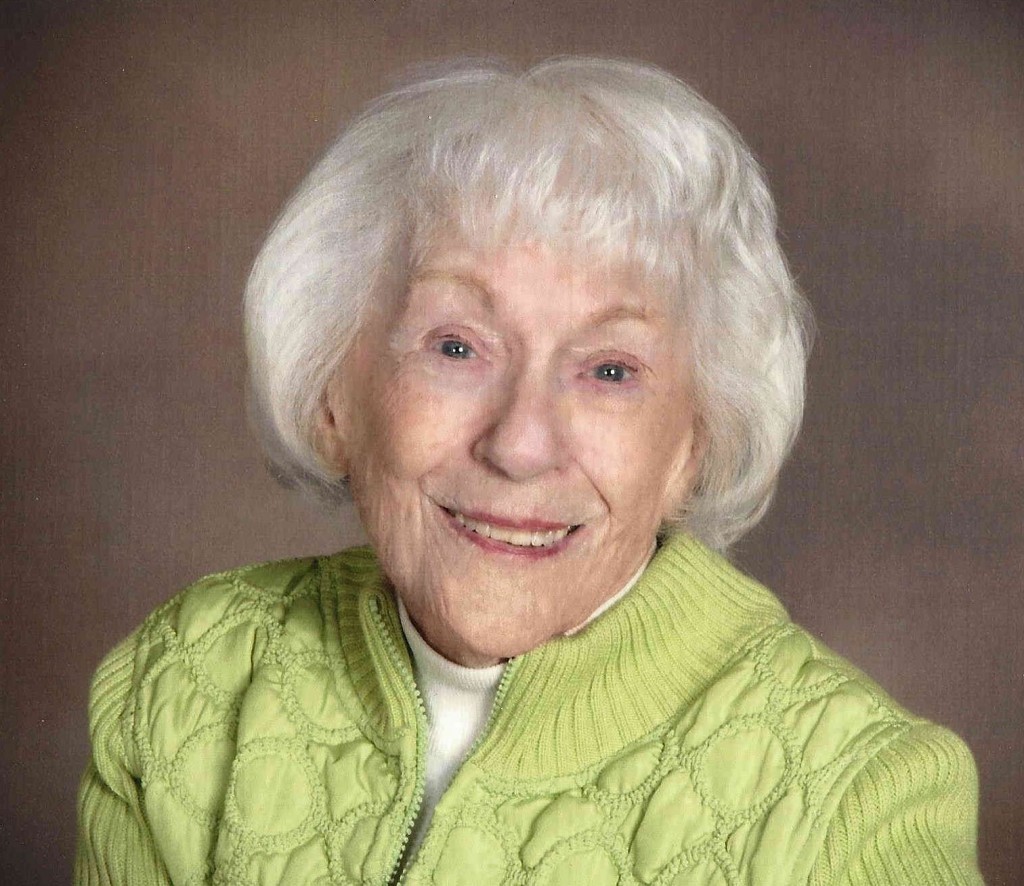 Passed away on April 6, 2019 at the age of 95. Angie was born February 1, 1924. in Fort Leavenworth, Kansas (The military base not the prison as she liked to point out.) to Daniel and Angela (O’Brien) Nolan. Angie was born into a military family and traveled extensively in her youth. She attended college and earned a degree in education.

Angie started her career as a kindergarten teacher in Glen Falls, NY where she met a charming chemical engineer named Hal Martin who swept her off her feet. Angela and Hal were married, July 22, 1950 and enjoyed 64 years of marriage. Upon Hal’s retirement, they traveled extensively with Elder Hostel internationally as well as throughout the US expanding their knowledge on many interesting topics such as chair caning and performing a Japanese Tea Ceremony. Angie developed a love of photography where two of her photos received recognition from Kodak ‘s Amateur Photography contest.

Hal’s career took them to Pennsylvania, Michigan and northern Wisconsin before settling in Appleton where they raised five children. She was a devout member of St. Mary Catholic and held positions on the church liturgical committees, taught CCD classes and was a lifelong member of the church choir. In her spare time, she was a member of King’s Daughters, the Laetare Book Club, and played golf, bridge and took up curling. Once her children reached high school, she returned to teaching as a substitute for the Appleton School District.

Angie truly enjoyed her grandchildren, spending many happy hours playing board games with them, (especially Rumicube and Triominoes) taking them to movies, mini golf and the Tuesday night summer band concerts at Pierce Park. She also attended as many play performances and soccer tournaments as she could. Angie continued her enthusiasm for activities at Willow Lane, partaking in the many bus trips, crafts, games, sing-alongs and performances offered.

The funeral liturgy will be held at ST. MARY CATHOLIC CHURCH, 312 State St., on Tuesday April 16, at 11:00 AM with Fr. William Swichtenberg officiating. Visitation at the church from 9:00 AM until time of services. Private interment at Highland Memorial Park.

The family would like to thank the wonderful staff at Willow Lane, Dr. Patricia Demery, and the staff at Compassus Hospice for their compassion and care. In lieu of flowers, a Memorial Fund has been set up for contribution to some of Angie’s favorite charities.