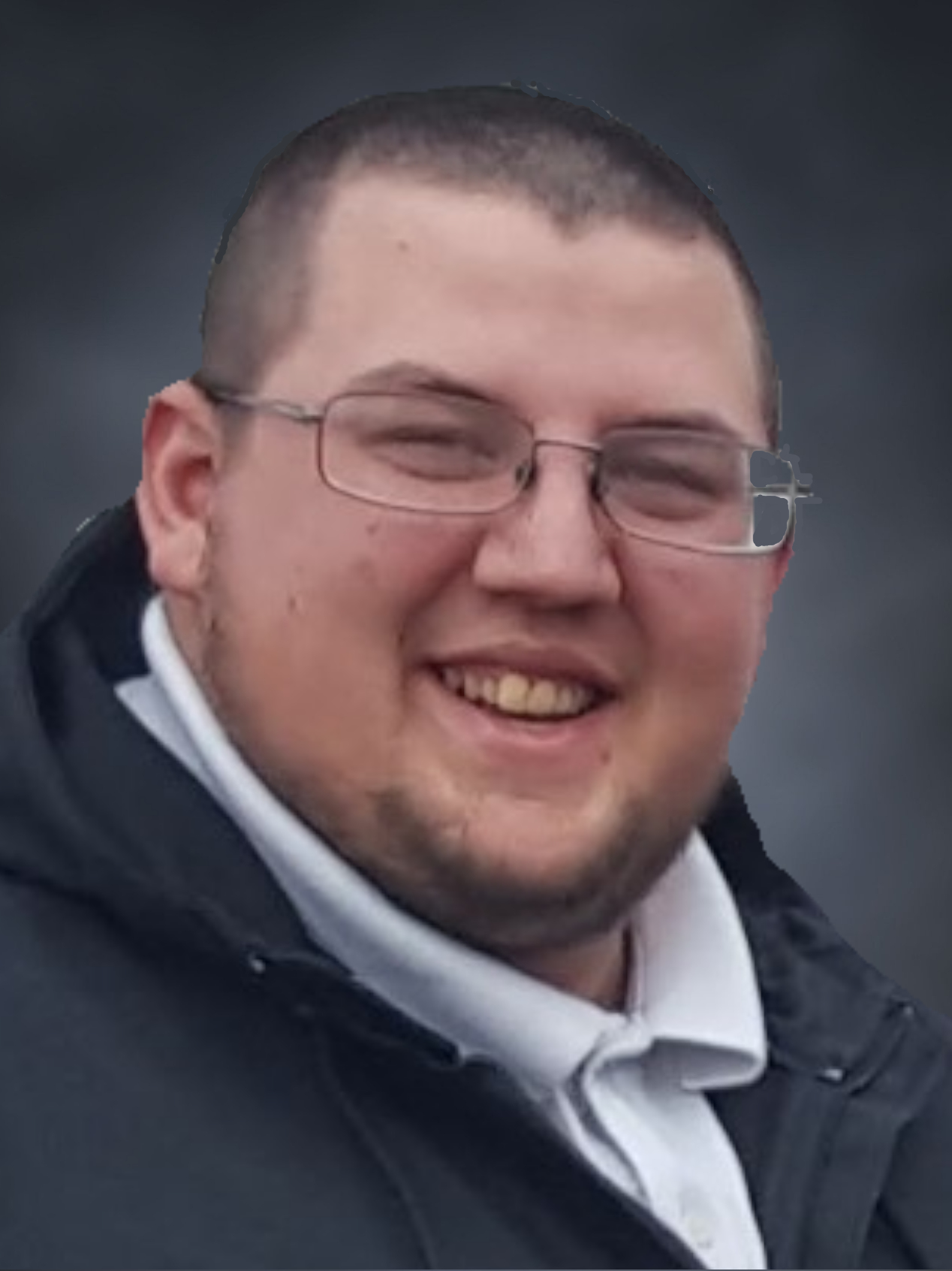 Andrew Steven Wolf passed away unexpectedly of natural causes on Tuesday, September 7, 2021. Andrew was born on August 9,1994 at Appleton Medical Center. He was baptized in the faith and confirmed at Immanuel Lutheran Church, Greenville and attended Immanuel Lutheran Grade School and graduated from Fox Valley Lutheran High School in 2013. After graduation he continued to help on the family farm, worked at Fleet Farm and was currently employed at Oshkosh Corporation, where he had been recently promoted.

He enjoyed living on the family farm with his “Buddy” and father Steve. He took pride in caring for the farm animals, including heifers, steers, a few cats, and his dog Tomah. He always looked up to his brother Chris, shared a love of the Dallas Cowboys with his brother Patrick, and often found some enjoyment teasing his sister Chelsey. He loved to work the land and plant crops with his dad and will be missed at harvest. Including the video and photos he would take and proudly share with his mother, on Mother’s Day. in winter he enjoyed plowing snow for others with his co-pilot, Diesel.  Andrew enjoyed family times and so many friends he had made over the years and took great enjoyment in entertaining friends around bonfires.

Andrew is survived by his mother Brenda (Riehl) Wolf of Appleton, his father Steven Wolf of Hortonville, his brothers Chris of Appleton, Patrick (Bethany) Wolf of, Neenah, and his sister Chelsey of Appleton, He also leaves behind a niece Autumn, and nephews Austin, Ethan, and Ezekiel Wolf. Other survivors include his maternal grandmother, Judy Riehl of Little Chute, and aunts and uncles Kathy (Mike) Hermes of Menasha, Julie Wolf of Seattle, WA and Tina (Riehl) Kahler, as well as numerous first and second cousins. Andrew is also survived by a great aunt Eunice who always had a special place in his heart.  Andrew was preceded by his paternal grandparents Merlin and Arlene Wolf and his maternal grandfather Leo Riehl.

The Christian Funeral Service for Andrew will be held at 11:00 AM on Thursday, September 16, 2021, at Immanuel Lutheran Church, W7265 School Road in Greenville, with Rev. Jeremy Mattek officiating. Burial will be in Trinity Lutheran Cemetery in the town of Ellington.

The family would like to thank the Thedacare Urgent Care staff, nurses and doctors for their care and compassion.