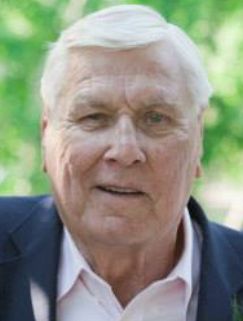 Andrew M. “Bud” De Leeuw Jr., 87 years, passed away January 8, 2018, at his home in Menasha, Wisconsin. He was born February 25, 1930 to his parents Andrew M. Sr. and Gertrude De Leeuw (Bush) in Kimberly, Wisconsin. He was a graduate of Kimberly High School. “Bud” worked at Banta Corporation where he served as a pressman until he retired in 1992. “Bud” was very active in his community. He coached and officiated many sports. His involvement in The Brigade was endless and rewarding. “Bud” also served the people of Menasha as an Alderman. On October 29, 1950 Andrew M. Jr. and Joan De Leeuw (Stilp) were married.

“Bud” loved his extended family at The Brigade. He created memories and enjoyed his time with the many lives he touched at Camp Onaway Island in Waupaca, Wisconsin and served as a director at Boys Camp 4. “Bud” achieved many honors at The Brigade where he served on the Board of Directors. He obtained the level of Emeritus Director and received the Shattuck Award.

Preceded in death by his wife, parents, and siblings Jim, John, Chris, Joe, and Audrey.

In lieu of flowers, memorials to The Brigade Roughcraftsmen - Neenah, are welcome.