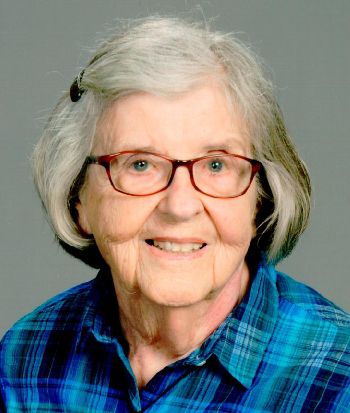 Amelia “Amy” Henderson, age 92 died Thursday afternoon, October 18, 2018, at ThedaCare Hospice Residence in Appleton, Wisconsin. Her determination and strength through hardship and her persistent optimism will forever inspire her family and friends.

Amelia’s life was long and full of variety, joy and hardship. Amelia grew up in an ethnic community, the second child of Slovak immigrant parents. She was born to Katarine (Janac) and Emil Stefkovic in Chicago on June 27, 1926, graduated from William H. Taft High School and worked in an insurance office after high school. She loved the dance music of the 1940’s, and met a young sailor stationed at Great Lakes Naval Training Station, Rexford (Rex) Rees Henderson of Story City, Iowa at North Chicago’s famous Aragon Ballroom. They married on Thanksgiving Day, November 22, 1945, at St. Tarcissus Church in Chicago. The young couple lived in Chicago, St. James, Missouri, Brawley, California, and settled for several years in Long Beach, California. In Long Beach, out of necessity to care for her children, she worked as a mail clerk at McDonnell Douglas. In 1964 Rex and Amy moved to Ogallala, Nebraska where they raised their sons, Rex and John while the oldest child, Karen, moved on to attend college and start her own family. Amy was active at Ogallala’s St. Luke’s Catholic Church, a member of the Library Board and as a volunteer. After the boys were older, she was the bookkeeper at Edgar’s Jewelry Store. She enjoyed golf and bridge with Rex and their friends. Rexford died September 5, 1990. In 2004, Amy moved to Appleton, Wisconsin where she made new friends at the YMCA and the bridge table.

She was preceded in death by her parents, her husband, her younger brother John Stefkovic, her older sister Josephine Korcek, her niece Deborah Korcek, and her son-in-law John Bachhuber.

A memorial funeral liturgy for Amelia will be held at 11:30 AM on Saturday, November 24, 2018, at St. Pius X Catholic Church, located at 500 W. Marquette Street in Appleton. Interment will take place Ogallala, Nebraska at a later date. Family and friends are invited to gather directly at the church on Saturday morning, November 24, from 9:30 AM until the time of the service.

In lieu of flowers, the family has suggested memorials to Friends of Appleton Public Library or the Women’s Fund for the Fox Valley Region.