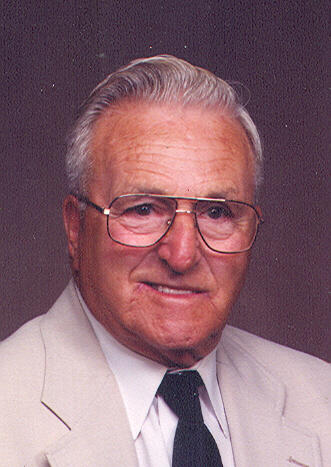 Amede Peter Vande Vyver, age 89, passed away on Friday, November 19, 2010. He was born on September 27, 1921 to Frank and Josephine (Hofkens) Vande Vyver in Kimberly. He was a veteran having served with the 4th Marine Division on Saipan, Guam, Tinian, Kwajalein (Roi-Namur), and Iwo Jima during WW II. Amede married Helen Kettenhofen on November 23, 1946 at the Green Bay Cathedral. He worked at the Kimberly paper mill until his retirement. Amede played the trumpet for many years in the Marine Band, the Green Bay Packer Band and several orchestras. He then learned to play the organ and played for nursing homes, wedding and supper clubs. Amede also enjoyed fishing, hunting, bowling, golf, and traveling, and he had gone to Belgium to meet his half brother Leon. He was a member of the William Verhagen American Legion Post #60 and Holy Spirit Parish.

Amede is survived by 3 sons; Mike (Joyce) Vande Vyver, Black Creek, Pat Vande Vyver, Kimberly, and Tom Vande Vyver, Kimberly 6 grandchildren, David, Sarah, Cody, Chris, Matt, and Jonathan, a half brother Leon of Belgium, nieces, nephews, other relatives and many friends. Amede was preceded in death by his parents, his wife, and 2 sisters, Olive and Getrude.

A Mass of Christian Burial will be held at 5:00 p.m. on Monday, November 22, 2010 at HOLY SPIRIT PARISH, 600 E. Kimberly Avenue, Kimberly with Fr. David Beaudry officiating. Friends will be received at the church from 3:00 p.m. until the time of Mass. The family would like to extend a special thank you to all the neighbors for their help throughout the years and to Emily Widtmann for her help near the end.