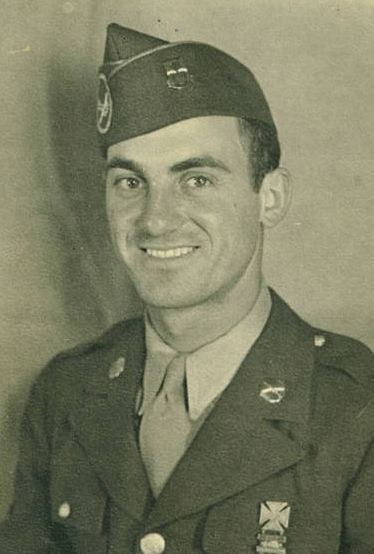 Ambrose “Amby” M. Gracyalny, 99, of Neenah died Tuesday, May 2, at Matthews Assisted Living Center with family at his side.

He was born on April 24, 1918 in Wittenberg, son of the late Andrew and Margaret (Sprangers) Gracyalny. Ambrose graduated in 1937 from Wittenberg High School, then moved to Menasha to work.

On November 8, 1941 Ambrose married Mabel Dahl at St. John Catholic Church in Menasha, and they enjoyed 69 years of marriage.

Ambrose left for service in December, 1942, and served in France in WWII. Ambrose was honorably discharged in June 1945 and was awarded the Purple Heart and the Bronze Campaign Star.

After service, Ambrose came home to his wife and daughter and soon after began his career with the Menasha Post office, rising to Assistant Post Master, retiring after 32 years of service.

Ambrose was a charter of the Neenah/Menasha DAV, was a member of the Military Order of the Purple Heart, and NARFE (National Association of Retired Federal Employees).

Ambrose and Mabel were able to enjoy over 30 years at the cottage they built on Moose Lake in the Hayward area. They made many dear friends during that time.

The highlight of Amby's later life was going on the Old Glory Honor Flight Mission 15 in September of 2012. It made him so proud of his service.

Ambrose is also survived by his brother Anthony (Noreen) Gracyalny, his sister-in-law Lois Dahl, his brother-in-law Clayton McPhail, and their families.